“A few years ago, I wrote a poem that I titled Paradelle for Susan. It was the only paradelle ever to have been written because I invented the form in order to write the poem. What I set out to do was write an intentionally bad formal poem. Auden said there was nothing funnier than bad poetry, and I thought a horribly mangled attempt at a formal poem might have humorous results. I considered using an already existing form, but I figured enough bad sonnets and bad sestinas are already being written these days without me adding to the pile. . . . The paradelle invites you in with its offer of nursery-rhyme repetition, then suddenly confronts you with an extreme verbal challenge. It lurches from the comfort of repetition to the crossword-puzzle anxiety of fitting a specific vocabulary into a tightly bounded space. While the level of difficulty in most verse forms remains fairly consistent throughout, the paradelle accelerates from kindergarten to college and back to kindergarten several times and ends in a think-tank called the Institute for Advanced Word Play. Thus the jumpy double nature of the paradelle, so unsteady, so schizo, so right for our times. . . .”—Billy Collins, from the Introduction 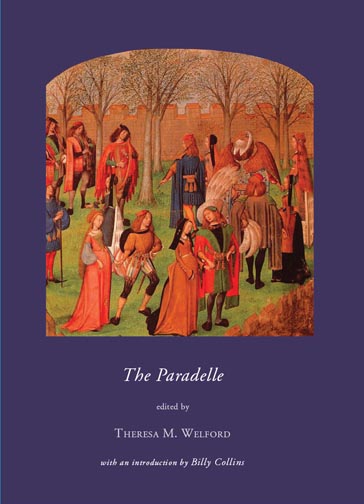