Wander is a tale about love, loss and betrayal set in the frigid wild of Alaska, where a young news reporter faces the winter alone, discovering too late that the biggest threat lies not in the harsh landscape around her, but in her own fickle heart.

Set in the 1980s in the rural community of Bidarkee Bay, Alaska (a fictional area the size of a small state with a population of barely 20,000), Wander is the story of Patrice “Pete” Nash, a young broadcast reporter who finds herself facing the winter alone after her husband, Nate, accepts a job on “the slope.” As Pete pursues the next big breaking news story, she strikes up a friendship with the new guy in town, the Ivy League-educated Ren, who recites poetry and lives in the family-owned, vacant inn. Their friendship offers a glimpse of a different kind of life–one that seems to Pete to offer everything marriage to the country-raised Nate does not. But unbeknown to Pete, Ren has come to Alaska for his own dark reason–to end his life. By the time, Nate returns home, their lives have been irrevocably changed. One man is dead, two others missing and a third forever lost to them.

“If you are tired of novels about urban yuppies, curl up with Lori Tobias’s story, set in oh so very rural Alaska. The only given is, well, it’s cold up there; and watch out, you could run into a moose. The story is fresh and fast-moving and Tobias has some interesting things to tell about what people do in situations they fell into by not paying attention.”—Sandra Scofield, novelist and author of the memoir Occasions of Sin

“Lori Tobias has crafted a compelling narrative of an Alaska where survival is a skill and deceit is an art.”—Mark Wolf, author of Over Time: Coach Katte on Basketball and Life 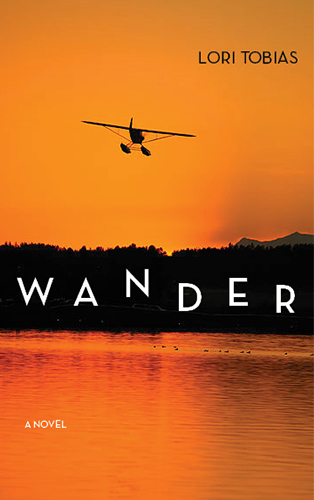