What Does A House Want?: Selected Poems affirms Gary Geddess place as one of the premier Canadian poets of his generation. Equally at home with the lyric and the long poem, Geddes brings his deadly accuracy in language and form and his no-holds-barred style to bear on multinationals, Israeli-Palestinian violence, the guilt of Leon Trotsky, P.O.W.s, assassins, mad-bombers, Chinas bloody Emperor Qin Shihuang, and the reputation of Ezra Pound. Sandra Lee Scheuer, a lyric on the Kent State killings, has been described as the kind of poem most poets wait a lifetime for; and The Terracotta Army, an award-winning sequence on politics and art, insists on the marriage of story and song, embracing narrative, yet achieving a rare and luminous lyric intensity.

Praise for What Does A House Want?:


“It comes as a relief to read work by a poet who appears to be at least as interested in the world as he is in himself. Here, we are happy to be conducted by Gary Geddes out of the glass dome of the ego and into a wider, more capacious world of culture, history, and even erudition.”—Billy Collins, former Poet Laureate, USA

“The poems in Gary Geddes’s What Does A House Want? have weight not often found in contemporary poetry, partly because they range far and wide, are not about one person, family, continent, or even era. They are fanciful, playful, sad, intense, frightening, and authentic, often all those at once.”—Mary Troy, author of Beauties 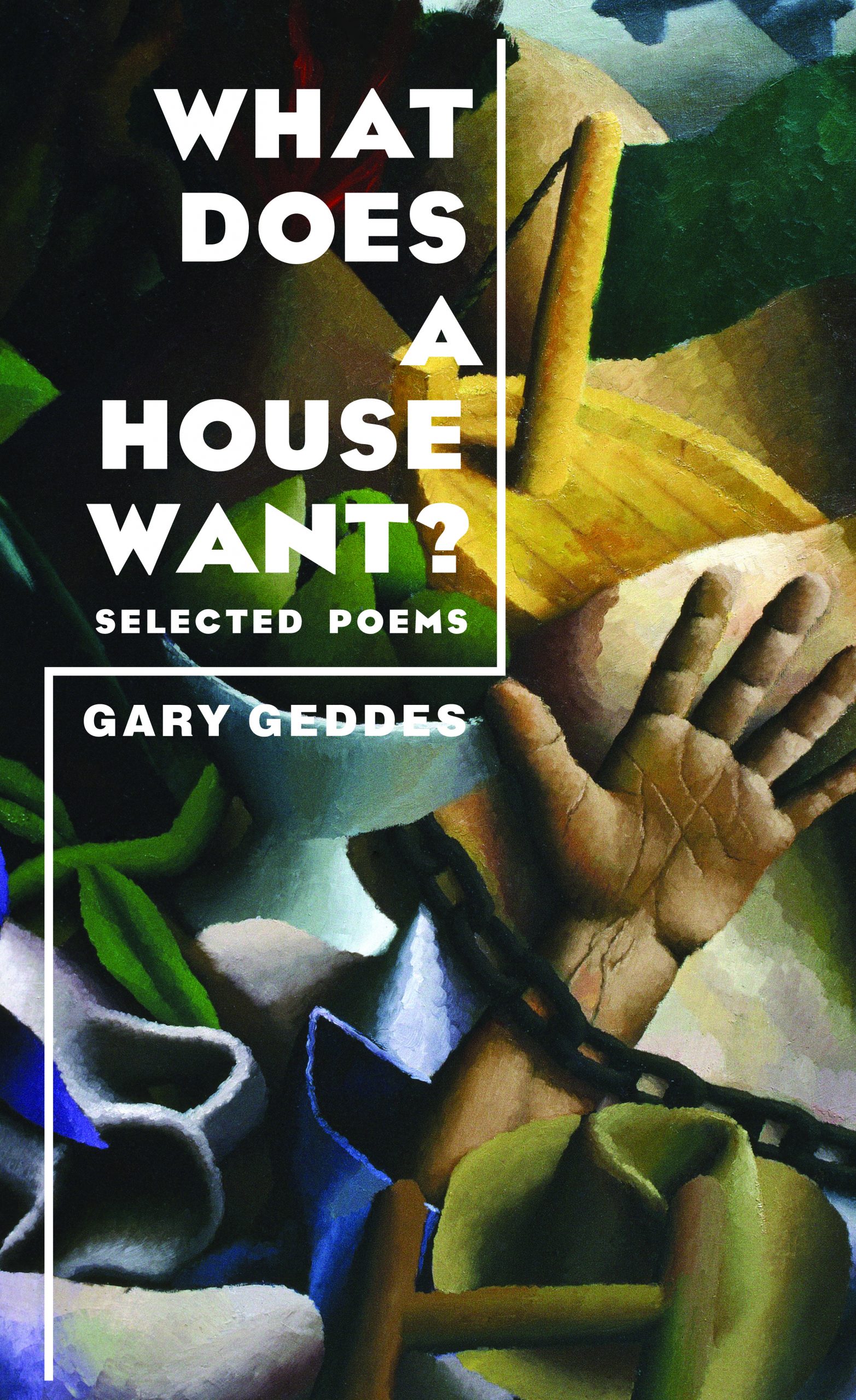 Prism Magazine lauds What Does A House Want?

Sean Arthur Joyce of Chameleonfire1 loves What Does A House Want?

Sean Arthur Joyce, on the blog Chameleonfire1, has very high praise for Gary Geddes' What Does A House Want?. “Geddes writes with a sureness of hand that is remarkable, never […]

The Vancouver Sun lavishes praise upon Gary Geddes’ What Does A House Want?

In a recent review of Gay Geddes' newest collection of poetry, M.A.C. Farrant, writing for The Vancouver Sun, lauds the poems' beauty and strength. Farrant writes, "Likewise, the poems in […]

George Elliot Clarke of The Chronicle Herald calls Gary Geddes "proudly a political poet, though one whose honed lyrics ask for introspection and contemplation," and compares him to other celebrated […]

FOCUS on Gary Geddes’ What Does A House Want?

FOCUS magazine's Amy Reiswig takes us into Gary Geddes' new collection of poems, What Does A House Want?, in which she proclaims, "Geddes is able to explore both our humanity […]