New York City born and bred, Ally Acker has been the recipient of numerous poetry awards, including the Garden Street Press publication prize for her first collection of poems, Surviving Desire, in 1994; the Chester H. Jones Foundation Award; and the Carl Sandburg Centennial Award. She holds two MFAs from Columbia University, one in creative writing and one in film.

Her second collection of poetry, Waiting for the Beloved, was published by Red Hen Press in 1999.

Acker is also the author of Reel Women: Pioneers of the Cinema, 1896 to the Present (Continuum 1991), with a foreword by Judith Crist. The book was hailed by critics as groundbreaking in the fields of film and women’s history. It was the first book on the market to reveal the transformational rold that women have played in every aspect of the film business since 1896. Derived from Reel Women, Ms. Acker produced and directed ten documentaries, Filmmakers on Film, about the second wave of pioneering women in the movie business. Reel Women was also adapted into an interactive CD, Reel Women: The Untold Story, narrated by Jodie Foster.

Ally Acker’s poetry has appeared in the American Voice, the Antioch Review, Folio, Ms. Magazine, New Letters, Plexus, Ploughshares, Poetry Kanto (Japan), Sojourner, the Southwest Review, the South Dakota Review, the Sun and Woman of Power among other publications. She lives in New York with her dog, the intrepid Maggie Poppie. 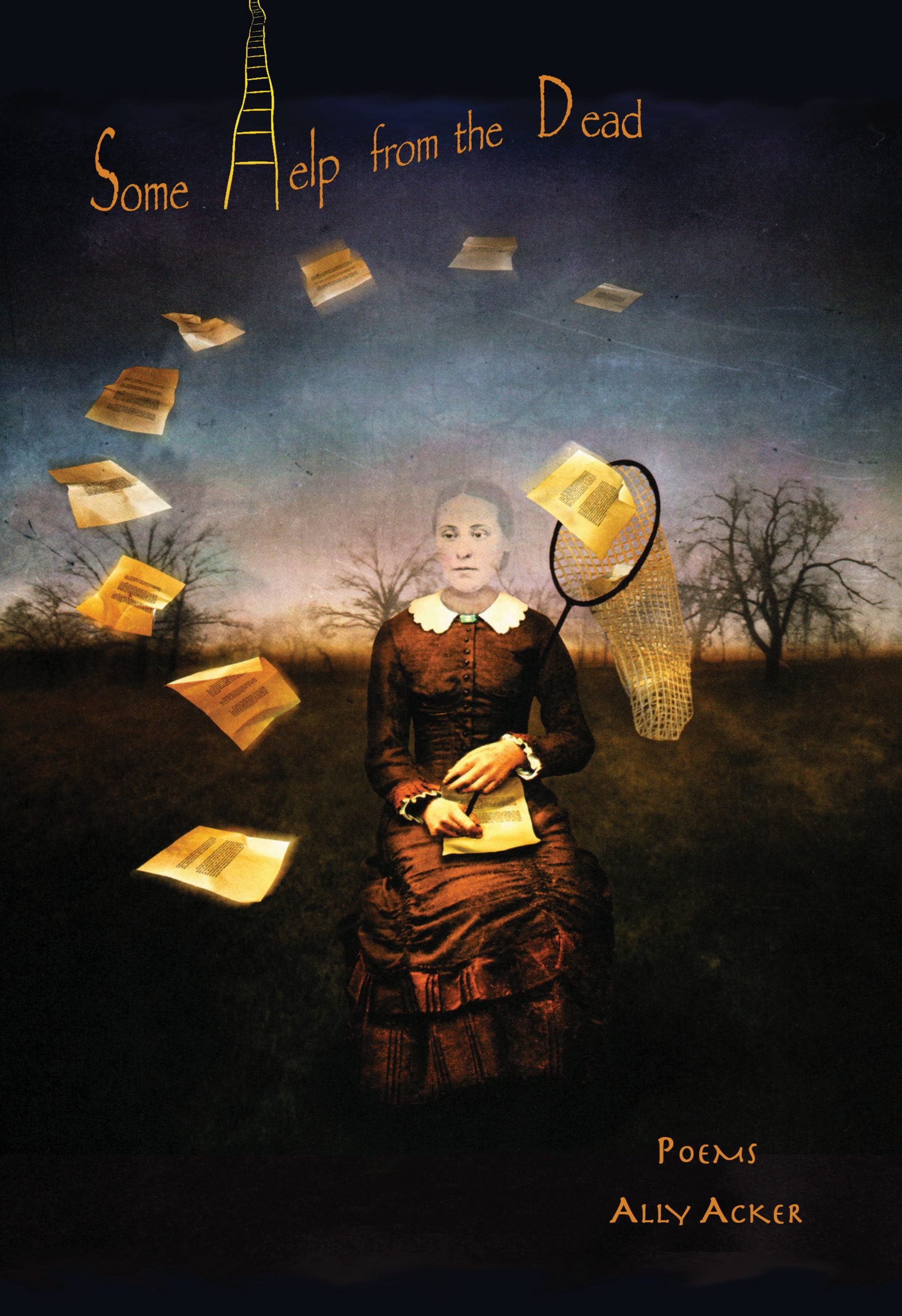 Some Help from the Dead

One critic said about Some Help From the Dead, “These are flawless poems, poems I like as much as any of W.S. Merwin’s poems (at his best).” In this, her third collection, Ally Acker continues her fascination with how the familiar proves to be mysterious, how the present, past, and future all merge as our lives progress. As Elizabeth Bishop once wrote, the art of losing isn’t hard to master. And so with her ear tuned to the ground, garnering wisdom from those who have passed, Acker listens for the lyrical cadences of nature on what is lost, and found again.

The mundane becomes surreal, (as in “The Window,” “where the photographs are where / the building once was: / Cows, mountains, streams. / But her landlord will do nothing,” and in her extraordinarily inventive interpretations of the paintings by the Surrealist, Remedios Varo), and the surreal transmutes into the quotidian. What arises is a miraculous resonance in the everyday, and a poetry that celebrates the living.

Waiting for the Beloved

“This is a book about beauty…pain…self-revelation…a brave transparency to existence and all it brings.”—Jane Hirshfield