Chuck Rosenthal is the author of six published novels: Loop’s Progress, Experiments with Life and Deaf, Loop’s End, Elena of the Stars, Jack Kerouac’s Avatar Angel, and My Mistress, Humanity. His short fiction has appeared in numerous literary magazines including California Quarterly, New Kent Quarterly, Minotaur, Quarterly West, Hayden’s Ferry Review, Chicago Review, Western Humanities Review, Santa Monica Review, High Performance, Denver Quarterly, See, Volt, 88, the Norton Anthology of Flash Fiction, and the Dove-Penguin anthology Absolute Disaster. He has been nominated for a Pushcart Prize and the PEN West Literary Award. His screenplay Cowboys and Angels was a finalist for the Sundance Institute. He has read and lectured at numerous universities and appeared on radio and television nationally and internationally. He is the fiction editor for the Los Angeles Review and teaches narrative writing and theory for the Syntext program at Loyola Marymount University in Los Angeles. 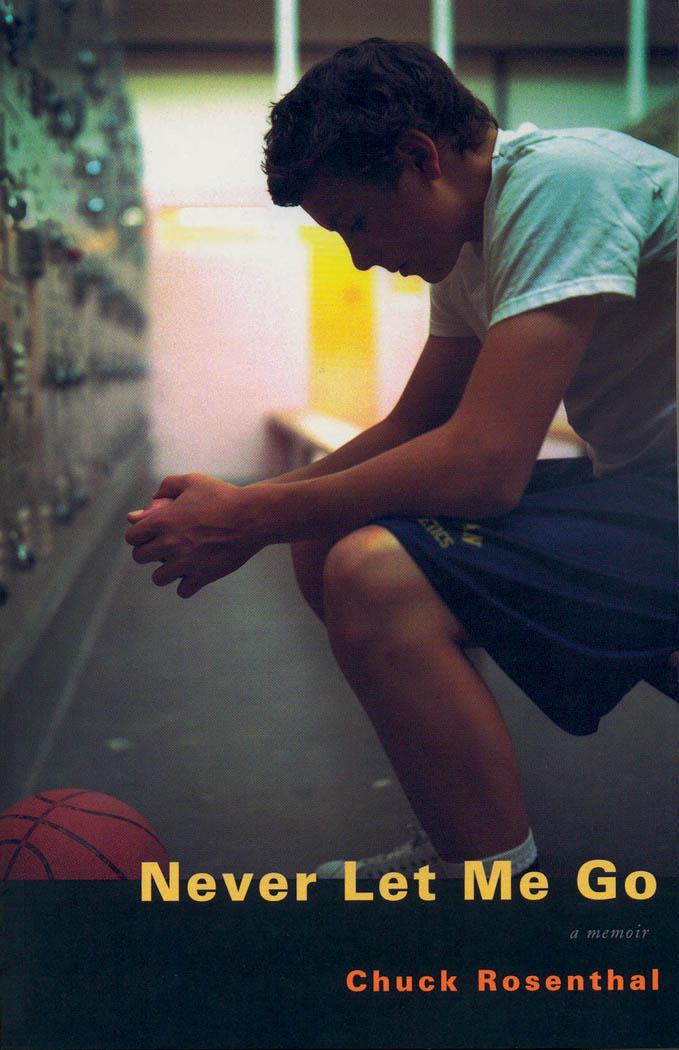 In 1964, Chuck Rosenthal was a thirteen year old boy whose dream was to make his grade school basketball team. Never Let Me Go tells the true story of how a college professor who coached grade school basketball as a hobby became the man who held that dream in his hands; became Rosenthal’s coach and his mentor; how he made Rosenthal his student, his confidant, and eventually his sexual partner, and how that teenager, trapped in the cycle of loyalty, betrayal, denial, secrecy and abuse, found the inner resources to escape and take the first steps toward adulthood.