Dan Vera is a writer, editor and literary historian living in Washington, DC. He is the author of the poetry collection The Space Between Our Danger and Delight (Beothuk Books, 2008), and the editor of the gay culture journal White Crane. His poetry has appeared in various journals including Notre Dame Review, Beltway Poetry, Delaware Poetry Review, Cutthroat, Gargoyle, Little Patuxent Review, Naugatuck River, the anthologies Divining Divas, Full Moon On K Street: Poems About Washington, DC, and DC Poets Against the War. He’s the co-creator of the literary history site, DC Writers’ Homes, and on the board of Split This Rock Poetry. His newest book of poetry, Speaking Wiri Wiri, will be published by Red Hen in Spring 2013. 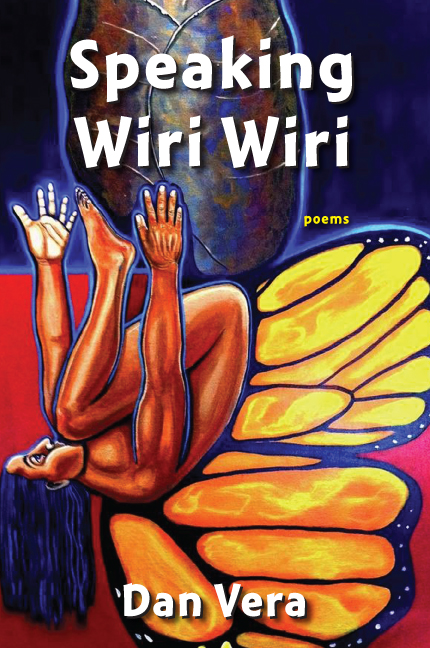 Winner of the inaugural Letras Latinas/Red Hen Poetry Prize, Dan Vera’s Speaking Wiri Wiri is a work of historical insight and wry wit, unexpectedly delightful and full of surprises as it meditates on the challenges of multiple identities, ethnicity, geographies of migration, familial displacement, popular history, and more. Everything is fair game for Vera, who finds poetry in the mundane and the monumental, the hidden lives of iconic television stars and the alternate and accidental histories of Latinos in the United States. Carmen Miranda makes an appearance, as do Captain Kirk, Vladimir Nabokov, and José Martí in a literary landscape careening lyrically between lost and found.

“Dan Vera’s Speaking Wiri Wiri keeps traveling across the ‘false borders of men’ into ‘memory of the tongue.’ These poems–paeans to his Cuban family, heritage, history–testify to the thundering power of words. Whether Spanish, lost and found, or English, familiar and strange, these poems evoke the various ways that language exiles us and embodies the indelible past–who we are, where we came from, how we know. Like Vera’s monarch butterfly and Queen Anne’s lace–this collection wanders from otro lado to this side and back–defying the impossible logic of fences.”—Valerie Martínez, author of And They Called It Horizon and Each and Her

“Dan Vera is a poet haunted by memory, haunted by place, haunted by words. Of course, these are the wellsprings of poetry in general, but in Vera’s case there is the added complication of having been born to Cuban parents in South Texas, a bastion of Mexican-American culture where cubanidad (so prevalent in Miami) might be as rare as Turkishness… As a poet driven to reconstruct the fragments of memory, just as an archaeologist rebuilds ancient ruins, Vera knows that any possible reconnection to the past depends on a prescient understanding of the copious interplay between language and culture, made more lush still by the mediation of his Romantic imagination… Another person would have avoided this agonistic search for his roots (both linguistically and culturally), but Vera chose instead to persevere in connecting with his ancestral homeland, and I can only explain this doggedness as the result of a deep familial bond, an emotional debt that has to be repaid with poetry and poetry alone.”—Orlando Menes