Gary Soto, born and raised in Fresno, California, is the author of thirteen poetry collections for adults, most notably New and Selected Poems, a 1995 finalist for both the Los Angeles Times Award and the National Book Award. He has received the Discovery/The Nation Prize and the California Library Association’s John and Patricia Award (twice), in addition to fellowships from the National Endowment for the Arts (twice), and the Guggenheim Foundation. For ITVS, he produced the film The Pool Party, which received the 1993 Andrew Carnegie Medal. In 2013, he saw his musical In and Out of Shadows play to sell-out crowds. In all, his books have sold over four million copies. The Gary Soto Literary Museum is located at Fresno City College, where he got his start as a poet in the early 1970s. 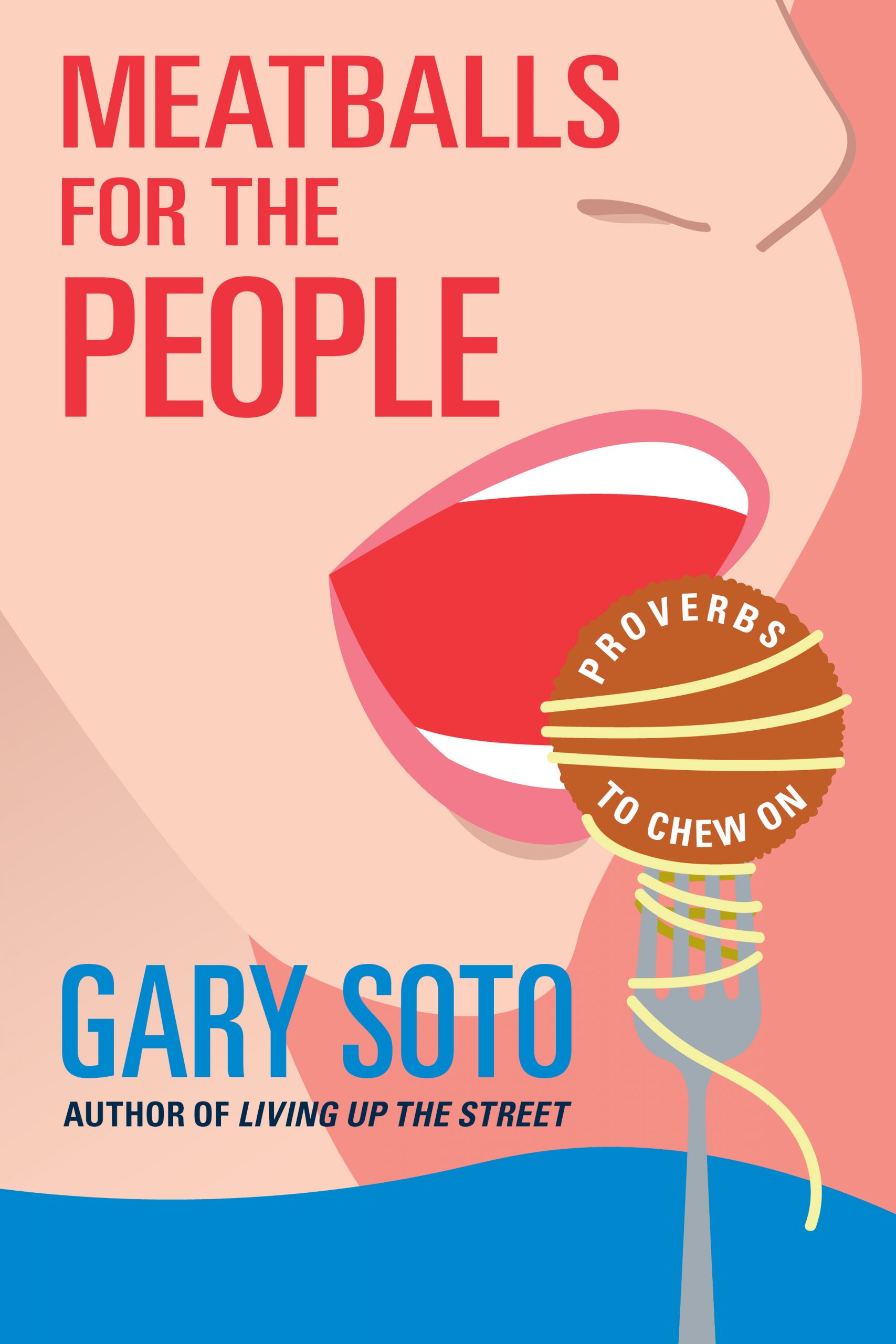 Meatballs for the People: Proverbs to Chew On

Meatballs for the People: Proverbs to Chew On is a collection of witty and digestible aphorisms for our times. Some people might consider the literary genre of proverbs to be stodgy or out of date, perhaps pretentious and irrelevant in our techy world. Not so with Meatballs for the People. These proverbs are all original, all beckoning for verbal debate and discussion, and addictive in that it’s impossible to read just one. The nearly eleven hundred proverbs are discussion starters, enjoyable fodder not only for laughter, but for possible enlightenment. The title alone—Meatballs for the People—suggests substance and a hardy meal. You can really chew on these.

“Gary Soto presents succinct verbal tidbits in the form of mini-poems composed of one to three (occasionally a couple more) lines of which the shortest approach proverbial character with their metaphors and structures, to wit ‘A sliver gets all the attention’ and ‘If you eat the bagel / The hole will disappear.’ Others change well-known proverbs into antiproverbs as ‘There are other fish / In the sea / But some are sharks.’ But the vast majority of these proverbial meatballs are the poet’s own wit meant to be food for thought about the human condition with its ever recurring ups and downs. Some of these unique insights like ‘A social climber / Brings his own ladder’ and ‘No more sharing / When your best friend dies’ might well or should become the wisdom of the people by gaining acceptance and currency in general parlance.”—Wolfgang Mieder, University Distinguished Professor of German and Folklore at the University of Vermont