Jessica Piazza was born and raised in Brooklyn, New York. She earned her B.S. in Journalism from Boston University, where she began work as the Favorite Poem Project, serving as an undergraduate intern for United States Poet Laureate Robert Pinsky. The project–which invited people of all ages and from all walks of life to write in about their favorite published poems–sparked her ongoing fascination for poetry the potential that it could have on an individual and community level.

After college, Jessica moved back to New York City, where she took workshops at the New School and the 92nd Street Y. At the former, she met the poet Rebecca Lindenberg, and together they founded the Speakeasy Poetry Series in downtown Manhattan, which ran monthly from 2001 – 2007 and routinely featured poetry greats, such as Paul Muldoon, David Lehman, and Marie Ponsot, reading alongside emerging and mid-career poets.

From New York, Jessica moved to Austin, Texas to pursue her M.A. in English (Creative Writing) at the University of Texas at Austin. While there, she worked with R.J. Lambert and James Capozzi to find funding and create a managerial foundation for Bat City Review, and subsequently edited its inaugural issue. In her final year at UT Austin, she won the prestigious Keene Prize for Literature, and continued to write, read and publish poetry. Under the tutelage of Dr. Thomas Cable, she also began studying prosody, which laid the groundwork for her scholarly work on poetic sound and meter.

In 2007, Jessica moved to Los Angeles to enter the Ph.D. program English Literature and Creative Writing at the University of Southern California, which she will finish this year. Her mentors there have included California Poet Laureate Carol Muske-Dukes, David St. John, and Susan McCabe, and as she delved further into prose writing, Aimee Bender and Dana Johnson.

In Los Angeles, Jessica continued her commitment to poetry community and advocacy by co-founding Gold Line Press, a chapbook publishing press sponsored by USC. She is also a contributing editor at The Offending Adam and has blogged for The Best American Poetry and Barrelhouse.

After studying prosody for several years, Jessica’s scholarly work has now expanded to sit solidly in the field of Cognitive Poetics. Her dissertation explores the relationship between neuroscience and literature; specifically how the brain processes the visual and sound information of text, and how the reactions to that information inform literary analyses.

She is currently working on a book of essays and lectures on writing with the poet Jill Alexander Essbaum, a series of erasure poems with fiction writer, essayist, and poet Heather O’Neill, a comedic memoir, and a group of short stories in iambic meter. Interrobang is her first collection of poems. 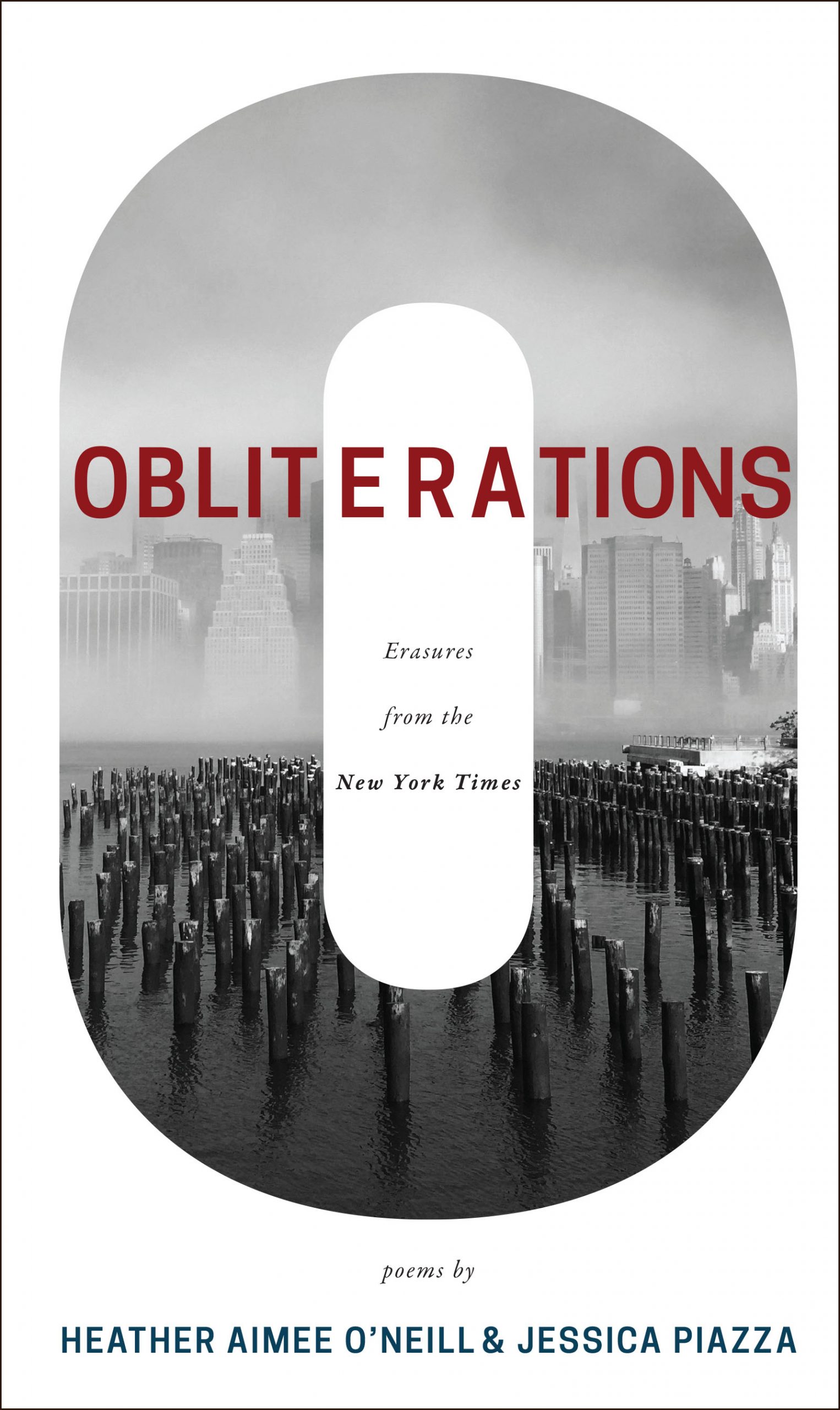 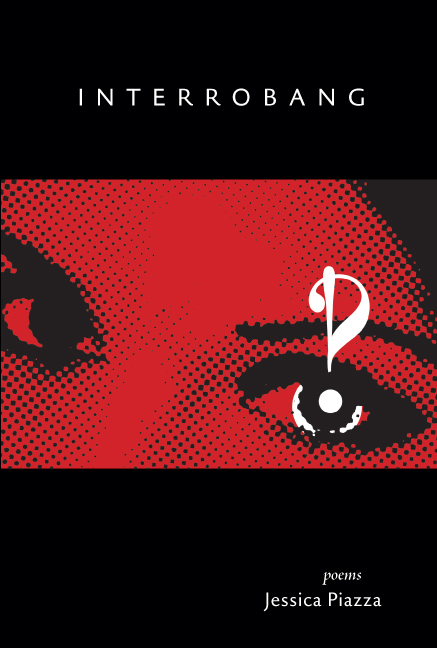 Existing at the intersection of darkness and play, the noisy, irreverent, and self-conscious poems in Interrobang take clinical “phobias” and clinical “philias” as their conceit. Each poem makes its own music, the crescendos and decrescendos born of obsessions over anxiety and lust. Encompassing a range of forms (but mostly sonnets), each piece toes the line between traditional meter and contemporary sonic play, while a tell-tale heart beats beneath the floor of the collection, constantly reminding us of our shames, fears, and the clock’s unrelenting ticking. Through individual stories about love, degradation of the self, the redemptive power of genuine humility, and the refuge offered by art and language, Interrobang, winner of the 2011 A Room of Her Own Foundation To the Lighthouse Poetry Publication Prize, illustrates how even the worst-case scenario of these pathologies are, fundamentally, just extensions of the dark truths to which every one of us can relate.

“Jessica Piazza’s brilliantly conceived debut collection, Interrobang, is a stunning sequence of (primarily) sonnets that unfolds with both a mature formal acuity and a profound philosophical sophistication. It is an absolute tour de force. These poems emerge as reflections of a kaleidoscopic self as they interrogate those fears and desires that drive and haunt us. Whatever the answers might be to these exclamatory questions, the speaker of these beautiful and troubling poems knows she has only one response available to her–to continue regardless, and to persevere.”—David St. John

“What an ear, here! Jessica Piazza’s poems are such etched, alive word sculptures, crystal prism poems of love and longing and punch.”—Aimee Bender

“Jessica Piazza is an heir of Hopkins, a poet engaging generously in metaphysical struggle. In this unusually deft book, she sets out to offer her voice on the altar of iambic pentameter and shares the fears she encounters there with quirky, firm metrical dexterity and breathtakingly succinct wit. Interrobang is a serious accomplishment.”—Annie Finch

Congratulations to Jessica Piazza's Interrobang for winning the Balcones Poetry Prize from Austin Community College! Interrobang by Jessica Piazza, published by Red Hen Press, is Piazza's first book. Born and raised in Brooklyn, New York, Piazza earned a BS at Boston University, where she interned with US Poet Laureate Robert Pinsky, and an MA at […]

Jessica Piazza guest blogs on TNBBC's "Books and Booze" column where she pairs her poetry with some inspired cocktail concoctions. Read the full article