John Domini has won awards in all genres, publishing fiction in Paris Review, Ploughshares, and anthologies, and non-fiction in GQ, the New York Times, and elsewhere, including Italian journals. The New York Times has praised his work as “dreamlike, grabs hold of both reader and character,” and Alan Cheuse, of NPR’s All Things Considered, described it as “witty and biting.” Richard Ford called his 2007 novel, Earthquake I.D., “wonderful, a rich feast,” and the Emerging Writers Network, in a four-and-a-half-star review, called that book and A Tomb on the Periphery, in 2008, “back-to-back stunners.” Domini has worked as a visiting writer at many universities, including Harvard, Northwestern, and Grinnell. Italian publication for Earthquake I.D., is through the house that was the first to translate Don DeLillo, and they will also be handling A Tomb on the Periphery. 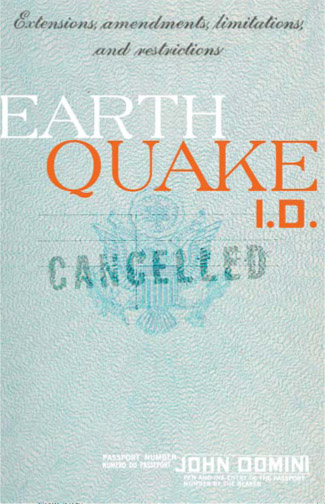 The first novel in John Domini’s Naples trilogy, Earthquake I.D. appeared in spring ’07. Set in a famously troubled and romantic Southern Italian seaport, following the next earthquake, the story combines family and social crises with an element of fantasy and pervasive humor. The novel won wide critical praise and was nominated for a Pulitzer and other prizes. Richard Ford, an earlier Pulitzer winner, called it “a wonderful novel of an old-fashioned sort…a rich feast.” Steve Erickson, author of Zeroville, called Domini “a writer of the world, with a deft talent for negotiating the currents of our age.”In April 2009, an Italian translation appeared, under the title Terremoto Napoletano. Again reviews have been strong. 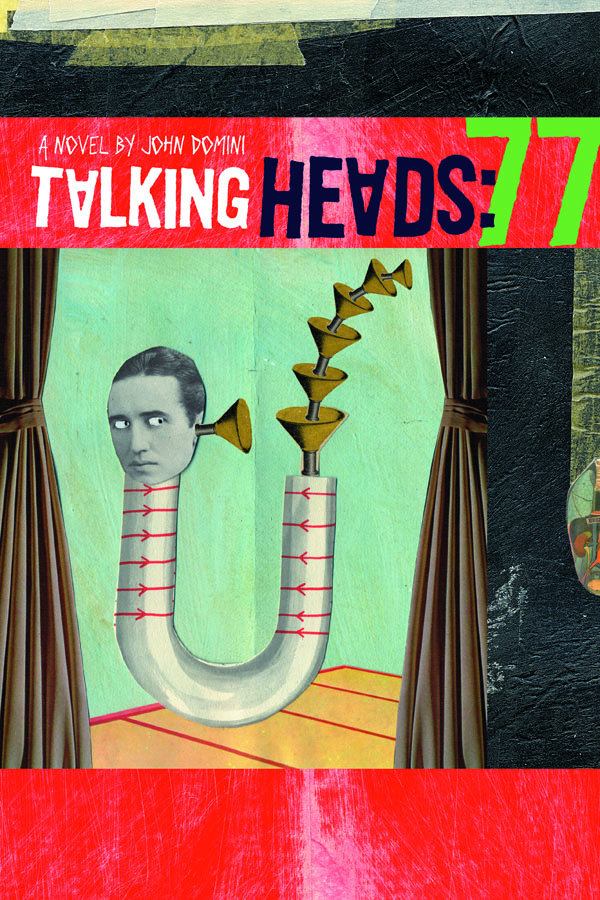 “John Domini has brilliantly turned one of literary fiction’s neatest tricks: he has vividly and accurately evoked a past time and milieu—the alternative cultural scene of the mid- 70s—and in the process he has illuminated our own times with dazzling clarity. Talking Heads: 77 also manages to be both cutting-edge innovative and splendidly readable. This book is a flat-out delight.—Robert Olen Butler, author of A Good Scent from a Strange Mountain, Pulitzer Prize in Fiction 1993

“Talking Heads: 77 reminds us of a generation’s crushing loss of idealism. Through an impassioned post-Watergate journalist whose interior angst is articulated in illusory news columns for a fantasized issue of his alternative newspaper, John Domini captures the kind of innocence it once took to believe in our quixotic convictions, to believe we could invoke change, to believe we couldn’t be perverted or corrupted. Simultaneously he recreates the visceral disillusionment that had engulfed many of us by the time the 70’s were over.”—Cris Mazza, author of Girl Beside Him and Is It Sexual Harassment Yet?

“John Domini is fiction’s own Greil Marcus, revealing the secret history that has made us all; in Talking Heads: 77, Kit Viddich is our tour guide, a reporter raking the muck to find the ore, and exploring the cellars, by starlight. The cellars, the basement, the closet, the underground—John Domini knows that the dank oubliettes of our world are the places of darkness and death, and also the wellsprings, the very life of our culture.”—Brian Bouldrey author of Love, the Magician, The Genius of Desire and the essay collection Monster: Adventures in American Machismo 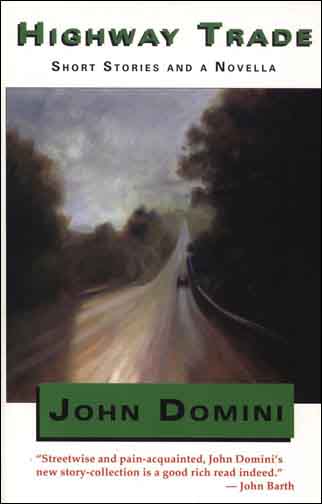 “John Domini is one of those rare writers who doesn’t bend his characters towards his own pre-determined ends, but follows where they lead. In lesser hands, Domini’s people would have been drowned in bathos. But Domini honors them with a generous but unsentimental imagination, giving us lives worth knowing about, layered portrayals of the obdurate world and our own terrifying self-betrayals. His profound, unflinching attention reminds us how closely together fiction, at its best, can unite justice with mercy.”—Jay Cantor

“John Domini’s densely textured stories teem with compelling inner and outer life. He is a master at capturing the complex workings of minds under stress and the hard-edged negotiations we make with fate when our backs are against a wall. He knows how women and men can behave with one another. The stories move swiftly and sinuously, emerging from the everyday to coil around a reader’s heart.”—Floyd Skloot

The Italian translation of John Domini’s EARTHQUAKE I.D. is a finalist for a major Italian award in the novel, the Domenico Rea prize. There are only five finalists, and TERREMOTO NAPOLETANO was selected by a panel of judges from dozens of nominees from all over Italy. The awards ceremony, at which the winner will be […]

The Italian title is Terremoto Napoletano, the translator Stefano Manferlotti, and the press Tullio Pironti Editore. Early reviews have been very strong. In Il Mattino, Fabrizio Coscia calls it: “a voyage of initiation… in a city that seduces and wounds…unmasked by Domini’s style, refined, visonary, and alert to paradox.” In Roma, Marco Catizone writes that the […]

John Domini, a Red Hen Press author, publishes many book reviews. One published review, found in Bookforum, has been selected by the National Book Critics Circle as a feature for their blog and as the Powells Books “Review-a-Day.” Congratulation John!