Karen Gettert Shoemaker is the author of Night Sounds and Other Stories (Dufour, 2002) and a novel, The Meaning of Names (Red Hen Press, 2014). Awards for her writing include a Nebraska Press Association Award for Feature Writing, two Independent Artist Fellowship Awards from the Nebraska Arts Council, and a Nebraska Book Award for Short Fiction. Her work has been published in a variety of newspapers and journals, including The London Independent, Prairie Schooner, Kalliope, and The South Dakota Review, and anthologized in A Different Plain: Contemporary Nebraska Fiction Writers, Times of Sorrow/Times of Grace, An Untidy Season, and Nebraska Presence: An Anthology of Poetry. She is a faculty mentor with the University of Nebraska’s MFA in Writing Program. She lives in Lincoln, Nebraska, where she and her husband own and operate Shoemaker’s Truck Stop and Travel Center. 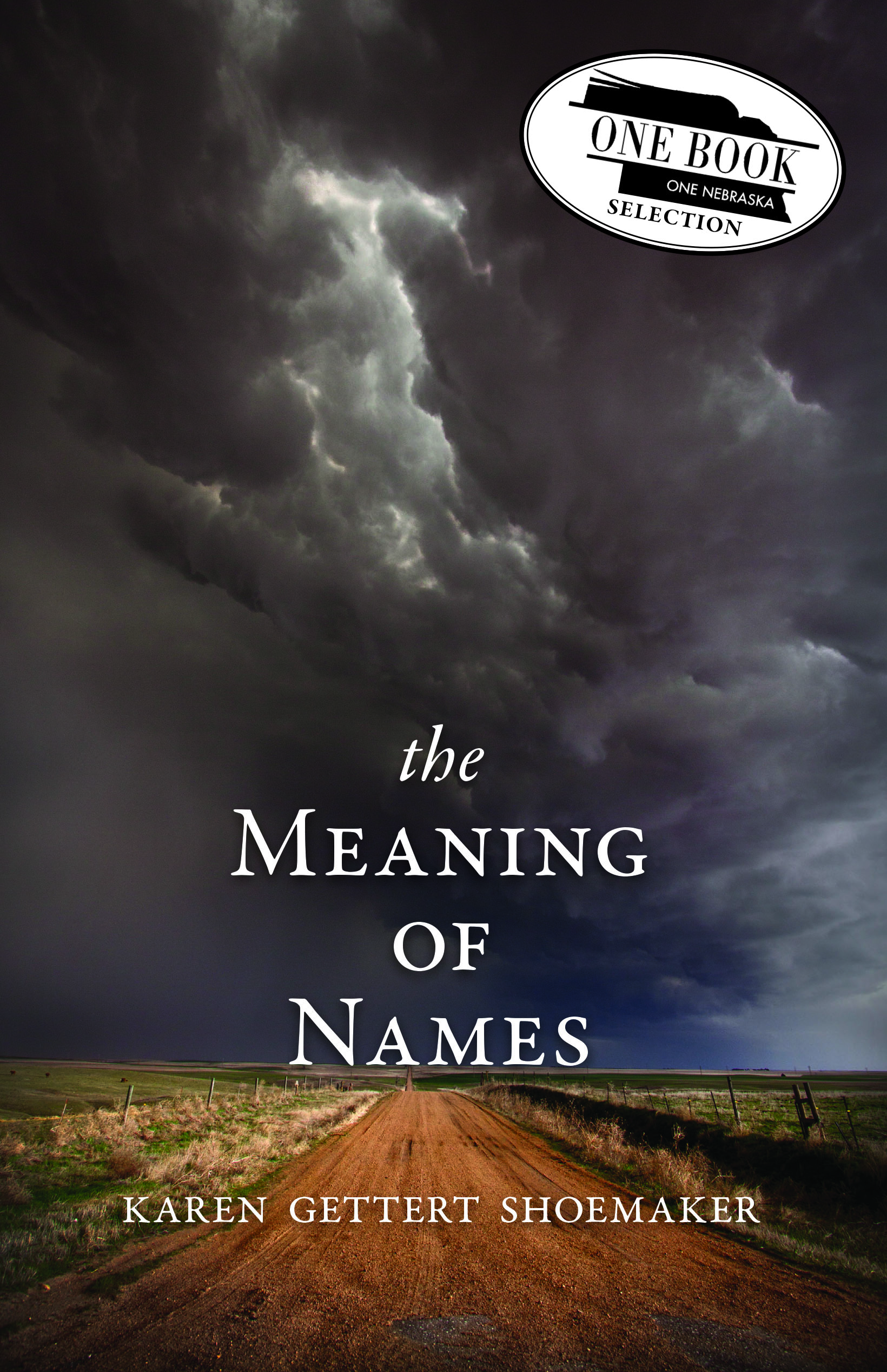 The Meaning of Names

Stuart, Nebraska is a long way from the battlefields of Western Europe, but it is not immune to the horrors of the First Great War for Peace. Like all communities, it has lost sons and daughters to the fighting, with many more giving themselves over to the hatred only war can engender.

Set in 1918 in the farm country at the heart of America, The Meaning of Names is the story of an ordinary woman trying to raise a family during extraordinary times. Estranged from her parents because she married against their will, confronted with violence and prejudice against her people, and caught up in the midst of the worst plague the world has ever seen, Gerda Vogel, an American of German descent, must find the strength to keep her family safe from the effects of a war that threatens to consume the whole world.

Praise for The Meaning of Names

In The Meaning of Names, we find the Vogels struggling to get by on their Nebraska farm in the midst of the First World War, rising anti-German sentiment in town, and a fierce and virulent flu epidemic. Gerda and Fritz, their children, Dr. Gannoway and his wife Miranda, their friends the Baums, and Father Jungels these characters and their little town of Stuart, Nebraska, are so real, so pulsing with passion and care, that I hated to have to leave them behind. Reminiscent of Willa Cather’s My Ántonia, Shoemaker’s novel is an essential read for anyone who cares about the Midwest, about its demanding landscape, its rich and tragic history, and its remarkable, breathtaking beauty.—Amy Hassinger, author of The Priest?s Madonna and Nina: Adolescence

The Meaning of Names is a hauntingly tender story set in Nebraska during World War I, a time when nationalism led to prejudice against German-Americans, a time when the influenza pandemic of 1918 killed millions. Against this grim backdrop, Karen Gettert Shoemaker weaves an enduring story of faith, family, and love. This is a wonderful debut novel, and Gerda Vogel is a character I’ll remember always.—Lee Martin, author of The Bright Forever: A Novel

NY Times: We’re Doing What We Can to Keep Truckers on the Road

LINCOLN, Neb. — My mother was born into a flu-stricken household at the height of the pandemic of 1918. Within minutes she was swaddled in a homemade quilt and placed into the arms of the local priest who had come to deliver last rites to my grandmother and, they feared, to the baby as well.

Recently, The Omaha Public Library chose Karen Gettert Shoemaker’s new novel, The Meaning of Names, as its 2014 Omaha Reads Selection. To complement this, the library interviewed Karen on everything from the beauty of Nebraska to her love of libraries. Here’s what Karen had to say about her home state: “The beauty of Nebraska is the […]

“The Meaning of Names” is the 2016 One Book One Nebraska selection!