Laurie Alberts is the author of three previous novels, two memoirs, a story collection , and a book on the craft of writing. Her work has received the Pirate’s Alley Faulkner Award, the Hackney Literary Award, an American Fiction prize, and a James Michener Award. She has taught fiction and creative nonfiction writing at Vermont College of the Fine Arts, Hampshire College, and the University of New Mexico. She holds an MFA from the Iowa Writers’ Workshop and lives in Vermont. 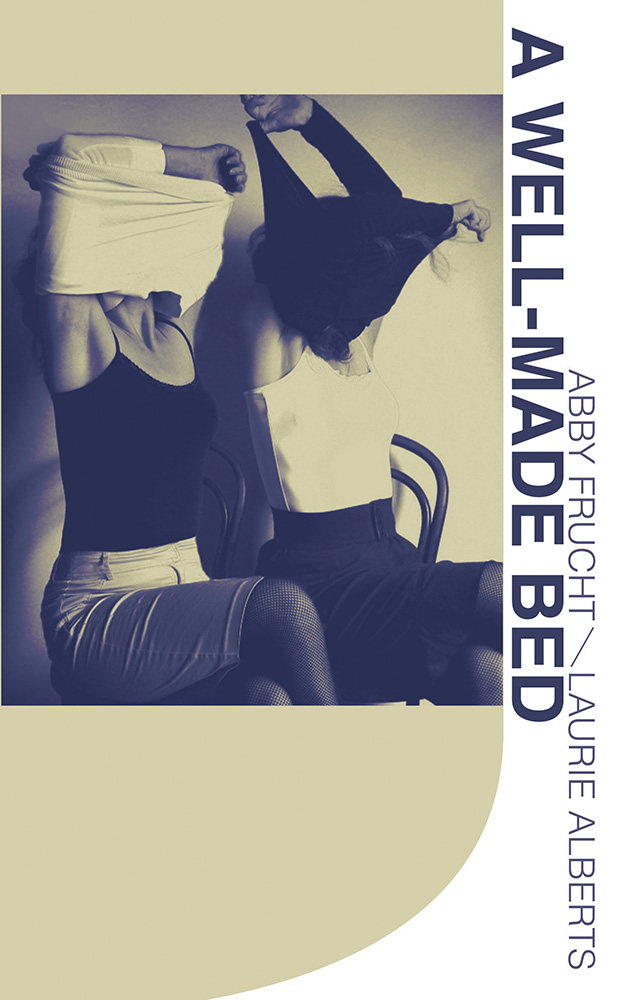 Nearly fifteen years after the death of her childhood friend in a violent hit-and-run accident, Noor Khan is still in the midst of struggle. With a failing equestrian business and suspicions of an unfaithful husband, her years of physical and psychological therapies have driven her to cross a line that blurs what is law, and what is right. When Noor’s home-steading neighbor, Jaycee, gives her the chance to save her business and her marriage through the underground cocaine market, the two fall into a world of murder, copyright infringement, dementia, and one large, Peruvian cheese wheel that has them trapped in the morally ambiguous lifestyle they may have desired all along.

“Brilliant and beautifully written, A Well-Made Bed centers around Jaycee and Noor and the unexpected but inevitable predicaments they get themselves into. Soon the interlocking plots and subplots make it impossible to separate character from destiny, humor from sorrow, or truth from lies. A Well-Made Bed is deliciously addictive.”—Alice Fogel, Poet Laureate of New Hampshire

“Laurie Alberts and Abby Frucht have written a rollicking novel with so many plot twists and surprises I couldn’t put it down. Jaycee and Noor are unforgettable characters: funny, flawed, full of hope, and deeply human. A Well-Made Bed is a tour de force written by two wildly talented writers.”—Connie May Fowler, Author of How Clarissa Burden Learned to Fly and Before Woman had Wings

“A Well-Made Bed is a beautifully made story and a modern parable. What happens when good people need money a bunch of money, and fast? You can guess. Noor and Jaycee are friends from opposite sides of the tracks, but their urgent needs push them to consider what seems like a rather low-grade form of mayhem, a simple plan, and practically foolproof. So begins a story that will make you laugh, and shudder, and identify, whether you want to or not.”—Jacquelyn Mitchard, author of The Deep End of the Ocean

“Two women, both touched by tragedy, find themselves bonding over cocaine, betrayal, loneliness, and cheese. Noor Kahn, never quite recovered from the accident that took her best friend as a child, is stranded in the country with her failing equestrian therapy business and a husband she’s increasingly unsure about. Jaycee, a neighbor raised in a historical theme park and naïve about the world outside, finds herself in possession of an interesting package when she returns from her first act of rebellion, a spontaneous trip to Peru. After the two women become connected through Jaycee’s father, Mr. Emory, a once-famous children’s book author struggling with dementia, a strange fellowship is born, built upon the shared discovery of cocaine and the power it could bring them. As the women decide what to do with their dangerous windfall, numerous potential obstacles spring up along the way from Gerry, a man in Noor’s past who becomes part of Jaycee’s future, to Mr. Emory’s past dealings with copyright infringement and the indiscretions he’s kept quiet all these years, issues once thought resolved and secrets supposed to stay buried. In this uncertain climate, the women will have to figure out how far they’re willing to go to get what they want. The novel deftly navigates between narrators, keeping its momentum even when jumping back and forth in time as the women and the reader discover a dark secret that’s been hidden away for 15 years. The storyline hurtles forward at a steady pace, keeping the reader engaged and managing to answer questions while creating new ones. The only disappointing element is how abruptly the novel ends, building up to a climax that ultimately resolves itself in mere moments. The journey to get there, however, is what makes Alberts and Frucht’s novel an absorbing read. A weighty tale that keeps the reader intrigued and entranced despite an uneven ending.”—Kirkus Reviews