Lillian-Yvonne Bertram is a 2014 recipient of a National Endowment for the Arts Creative Writing Poetry Fellowship. Her first book, But a Storm is Blowing From Paradise, was selected by Claudia Rankine as the 2010 Benjamin Saltman Award winner and published by Red Hen Press in 2012 and was a 2013 poetry nominee for the Hurston/Wright Foundation Legacy Award for outstanding works of literature published by people of African descent. Her second book, a slice from the cake made of air, is forthcoming from Red Hen Press. Winner of the 2012 Phantom Limb Press chapbook contest, her chapbook cutthroat glamours was published in 2013. She is one-sixth of the poetry collective, Line Assembly. She has been in residence at the Vermont Studio Center, the Montana Artists’ Refuge, has received fellowships from Cave Canem and the Bread Loaf Writers? and is the recipient of a United States Embassy grant for a writing residency at the Ventspils Writers’ & Translators House in Ventspils, Latvia, in 2014. The 2009-2011 Gaius Charles Bolin Fellow at Williams College, her poetry, prose, photography, and digital stories have received numerous awards and have appeared widely in journals such as Black Warrior Review, Callaloo, Cream City Review, Court Green, DIAGRAM, Gulf Coast, Harvard Review, Indiana Review, jubilat, Mid-American Review, Narrative Magazine, OH NO, Subtropics, Souwester, Tupelo Quarterly, Twelfth House, and more. She holds degrees in creative writing from the University of Utah where she is the current managing editor of Quarterly West, the University of Illinois at Urbana-Champaign, and Carnegie Mellon University. She is currently a Pre-Doctoral Diversity Fellow at Ithaca College, where she teaches creative writing, and is the incoming Viebranz Visiting Professor of Creative Writing at St. Lawrence University for 2015-2016. 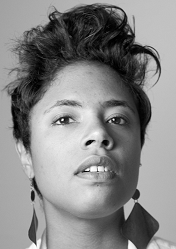 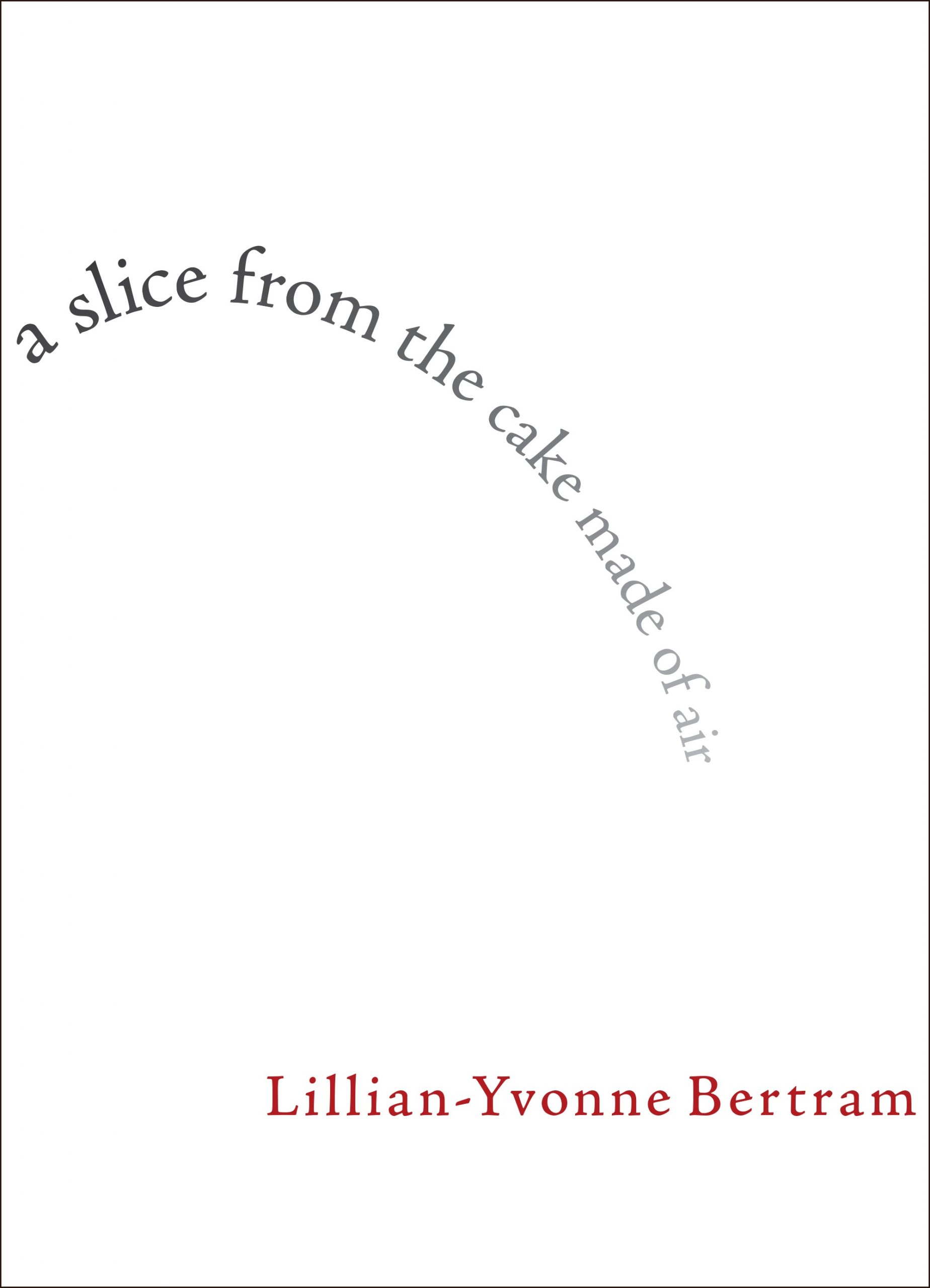 a slice from the cake made of air

Through a myriad of forms, the poems in a slice from the cake made of air smartly and forcefully confront the blurring intersections of abortion, sexual desire, and contemporary culture.

A slice from the cake made of air processes the physical and mental trauma of abortion coupled with the desires for sexual and emotional love against a backdrop of contemporary culture with all the sexualization that comes with race, gender, and landscape. From front to back the book is wound through with a single poem whose language is permuted, translated, and retranslated (from English to English) as it cycles around abortion, both asking what artifact / do I resemble and stating small love / small / you failed it / in person. The poems directly confront the sexual self (This isn’t a real orgasm, a real patellar fatigue) and take up the thesis abstract as a malleable form for interrogating the inevitable intersections and overlaps of brains and bodies. Sexy and volatile, a slice from the cake made of air winds over and through itself, with no conclusions or solutions for the mess of living in the world.

“Speaking from ‘where the lasso lashing/ cuts the fig leaf,’ Lillian-Yvonne Bertram considers flesh, considers life, considers loving, considers the cock, and considers ‘the scissoring scheme.’ She asks ‘of what erase/ do I remind myself.’ She asks ‘is heaven colored.’ She asks ‘is heaven without being able.’ And Bertram asks without the question mark—because she doesn’t need, or want, or anticipate, or believe in any answer we might give: she lives, brilliantly, with whole heart, whole mind, and whole body, in the contradictions. In the complexity. In the never-ending paradox of a life. She shows us, let’s say, that Illusion is the Medium Which Allows Emptiness to Become Something Special, and I love this book beyond loving.”—Sarah Vap 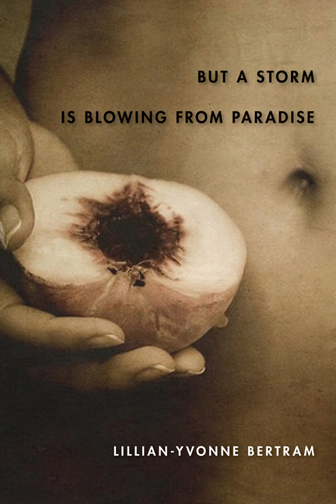 But a Storm is Blowing From Paradise

But a Storm is Blowing From Paradise emerges at a time when science is discovering more and more about the mystical particles that make up our universe and our bodies. From tidal forces and prairie burns to ruminations on racial identity while standing at the foot of Mount Rushmore, these poems chart a travelogue through mental and physical landscapes and suggest that place, time, love, and bodies are all shifts in the “undulate cosmos.” Straddling the lyrical and experimental, these poems conjure and connect the cosmological, the carnal, and the personal in a country – and a universe – that is gobbling itself into oblivion. But a Storm is Blowing From Paradise is in love with the universe of language – its forms, its sounds, and even its static.