Scott Timberg holds a BA in English from Wesleyan University and an MA in journalism from the University of North Carolina at Chapel Hill. He has worked since 2002 at the Los Angeles Times, where he reports on the arts and architecture. Before coming to the Times, Timberg worked as a culture writer for the New London Day newspaper and the weekly New Times Los Angeles, where he wrote frequently on independent film. He’s also written about arts and culture for Slate, Vibe, the Baltimore Sun, the Boston Phoenix, and the Orange County Register. Timberg has won awards from the Connecticut Society of Professional Journalists and the Los Angeles Press Club. Timberg is also the co-editor, with NEA Chairman Dana Gioia, of The Misread City: New Literary Los Angeles (Red Hen 2003), a collection of essays and profiles about the last decade or so in the city’s intellectual and literary life. 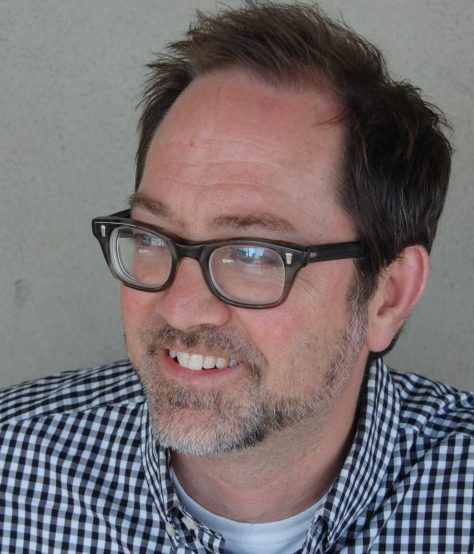 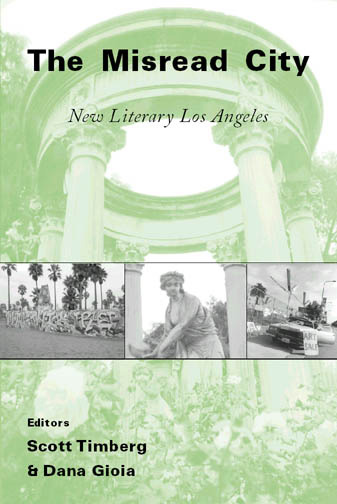 This new and necessary book — a collection of author profiles, literary journalism and speculative pieces about the Southland’s writing and publishing scene — aims to capture the Southern California of here and now. We want to get at the Los Angeles that came after the gumshoes, the wisecracking Englishmen, after the Boosters, the Beats, and the boozers, after the despairing heroines of Joan Didion and the coked-up rich kids of Bret Easton Ellis.

“Sometimes our motivations aren’t what we asked for—they are given to us.” That is the experience of Visiting Assistant Professor of English Didi Jackson, who joined Vanderbilt’s College of Arts and Science in Spring 2021. A true lover of the humanities, Jackson brings to A&S a deep passion for telling stories through poetry and visual […]

Benjamin Aleshire sits down with Didi Jackson in a conversation about her collection MOON JAR. Read the full interview here!

Didi Jackson is a terrific poet. She writes accessible poems that are packed with startling imagery, art, precise language, and delicate emotions. She manages to make the shocking and heart-breaking very real and yet very tender at once. Though her new book, Moon Jar (Red Hen Press, 2020), opens with the incomprehensible grief and practical […]

Didi Jackson‘s book of poetry, Moon Jar, was released on April 21 — the day before her 50th birthday and during a global pandemic. The book contains several years’ worth of poems about Jackson’s late husband, who died by suicide in 2011. Though many of the poems had been published previously, Jackson said it was emotionally […]

Ascension Didi Jackson The blue jays lay claimto the raspberry busharriving in groups of four or five:one holds a rubied berry in its beakand feeds it up in the white pine to anotheras if placing the bones of the canonizedinto a gilded reliquary, and I think of the saintfor the mentally ill, beheaded by her […]

after Käthe Kollwitz I heard they no longer sew eyelids of the dead shut.At the morgue, I busied myself countingthe lacerations on my husband’s neck and wrists.I wore sunglasses and a light jacketand pressed my palm to his wrapped chest. After the dried blood was wiped from his face, his jaw was setwith a piece […]

VPR: ‘Between Abject Fear And Inexplicable Optimism’: Vt. Poets On The Pandemic

Major Jackson: I’m fluctuating between abject fear and inexplicable optimism. Mitch Wertlieb: That’s poet Major Jackson, who lives in South Burlington. And you may have heard a bit of laughter in the background from his wife, Didi Jackson, who is also a poet. The two are quarantining together at a house in Rochester, Vermont, currently. […]

In her moving debut collection, poet Didi Jackson creates a poetics of grief to cope with the suicide of her husband. Moon Jar is a testament to resilience. Split into three parts, the book follows the poet’s journey from devastation to rebirth. The first section deals poignantly with the suicide and what seems an irreconcilable loss. […]