Sholeh Wolpe is a poet, literary translator and writer. She was born in Iran and spent most of her teen years in Trinidad and the UK before settling in the United States. Wolpe most recent awards include the 2013 Midwest Book Award and 2010 Lois Roth Persian Translation prize.

About Sholeh, the Poetry Foundation writes:

“Wolpe’s concise, unflinching, and often wry free verse explores violence, culture, and gender. So many of Wolpe’s poems deal with the violent situation in the Middle East, yet she is ready to both bravely and playfully refuse to let death be too proud.”

Wolpe is the author of several collections of poetry, including Keeping Time with Blue Hyacinths, The Scar Saloon and Rooftops of Tehran; two collections of translations, Sin: Selected Poems of Forugh Farrokhzad, which won the Lois Roth Persian Translation Award, and a special edition of Walt Whitman?s Song of Myself into Persian, co-translated with Mohsen Emadi and commissioned by the University of Iowa?s International Program. She is the editor of numerous anthologies, including Breaking the Jaws of Silence?Sixty American Poets Speak to the World, featuring the most respected voices in American poetry, and The Forbidden: Poems from Iran and its Exiles (winner of the 2013 Midwest Book Award.)

She is a regional editor and a translator for the Iran section of Tablet and Pen?Literary Landscapes from The Modern Middle East, and her Iran Edition of the Atlanta Review became the journal?s best selling issue.

Sholeh is a poet who straddles two cultures and languages. She is committed to translating and editing poetry and other literature from Iran because in her view, “people should dialogue through poetry and not their politicians.”

Sholeh’s work has been translated into several languages and included in numerous poetry and fiction anthologies, such as Language for a New Century: Contemporary Poetry from the Middle East, Asia; Beyond; Yellow as Turmeric, Fragrant as Cloves: An Anthology of Asian American Female Poets; PowWow–Charting the Faultlines in the American Experience?Fiction from Then to Now; and Termors?New Fiction by Iranian American Writers. She has taught poetry and literary translation at Stonecoast’s MFA program and has participated in numerous fesivals including Dodge Poetry Festival, and sponsored international programs such as Same Gate in Turkey, interacting and writing with poets from Afghanistan, Turkey, Pakistan, France, Iran and the U.S. .

She lives (mostly) in Los Angeles. 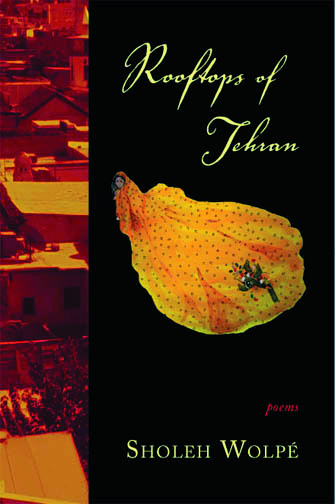 “In Sholeh Wolpe’s Rooftops of Tehran, and unforgettable cast of characters emerges, from the morality policeman with the poison razor blade to the crow-girls flapping their black garments, from the woman with the bee-swarm tattoo emerging from her crotch to the author as a young girl on a Tehran rooftop with a God’s eye view ‘hovering above a city / where beatings, cheatings, prayers, songs, / and kindness are all one color’s shades.’ Here is a delicious book of poems, redolent of saffron and stained with pomegranate in its vision of Iran and of the immigrant life in California. Wolpe’s poems are at once humorous, sad, and sexy, which is to say that they are capriciously human, human even in that they dream of wings and are always threatening to take flight.”— Tony Barnstone, Award winning poet and translator, author of The Golem of Los Angeles

“Sholeh Wolpe’s Rooftops of Tehran is that truly rare event: an important book of poetry. Brushing against the grain of Persian-Islamic culture, she sings a deep affection for what she ruffles. Her righteous aversion to male oppression is as broad as the span from Tehran to L.A., as deep as a wise woman’s heart. This is a powerful, elegant book.”— Richard Katrovas, author of Prague Winters and The Years of Smashing Bricks 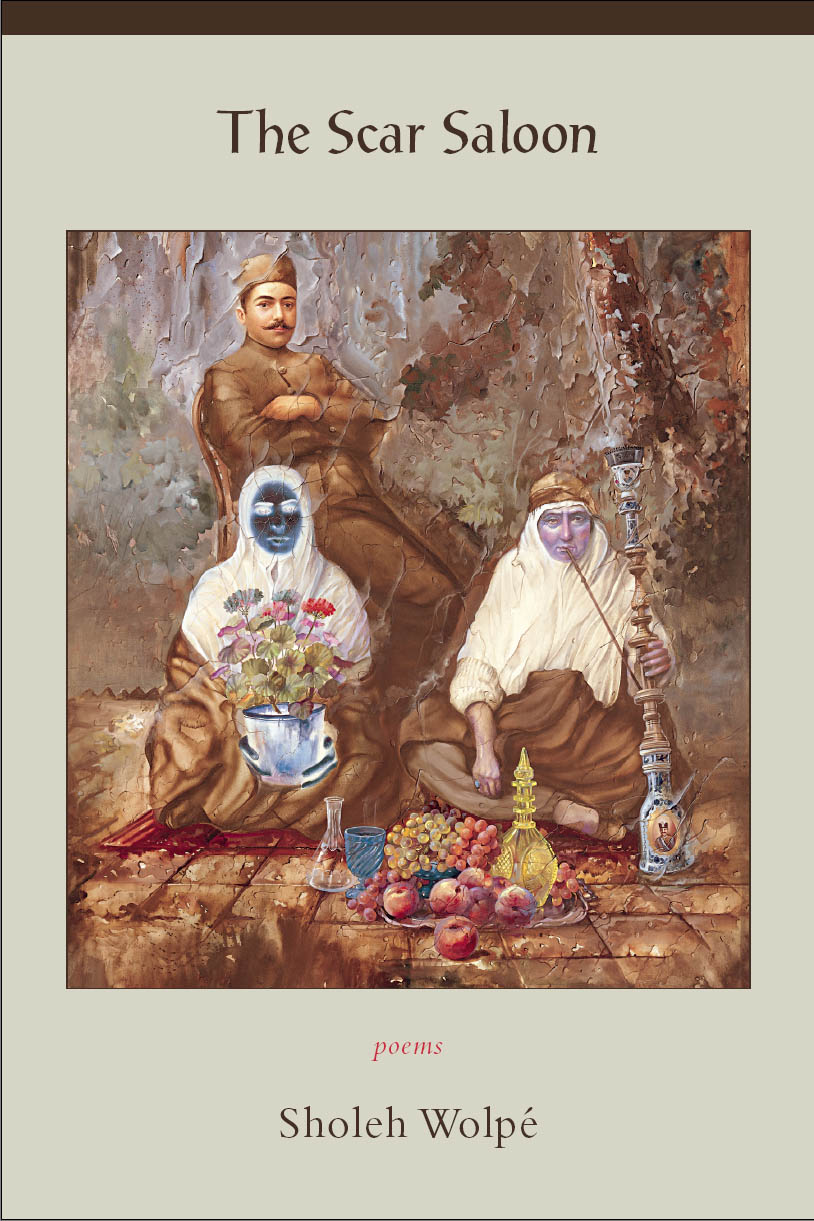 “In a world where cultures and religions are recklessly facing off, Sholeh Wolpé writes careful poems that cast a light on some of what we all hold in common.”—Billy Collins

“Sholeh Wolpé’s poems are political, satirical, and unflinching in the face of war, tyranny and loss. Talismanic and alchemical, they attempt to transmute experience into the magic of the imagined. But they also dare to be tender and funny lyrical moments. This book is remarkable and unexpected.”—Chris Abani

“The Scar Saloon is a humane and compassionate book in which horror is balanced by love, pain by pleasure, denial by sensuality, seriousness with humor. Many of the poems are set in the Middle East, but Sholeh Wolpé is clearly a poet of the world.”—Charles Harper Webb

The Red Hen Press Poetry Hour, in partnership with the Broad Stage, has returned for a second season! In this feature by Spectrum News 1 (LAX), learn more about the Poetry Hour and see Sholeh Wolpé read Rooftops of Tehran! Watch the news report here!