Teri Youmans Grimm is the author of one previous poetry collection: Dirt Eaters (University Press of Florida). Her writing has also appeared in Prairie Schooner, Indiana Review, Connecticut Review, South Dakota Review, Sugar House Review and Homegrown in Florida: An Anthology of Florida Childhoods, among other publications. She currently teaches in the low-res MFA program at the University of Nebraska. She lives in Jacksonville, Florida, with her husband and two children where she sings in a cover band and hunts alligators. 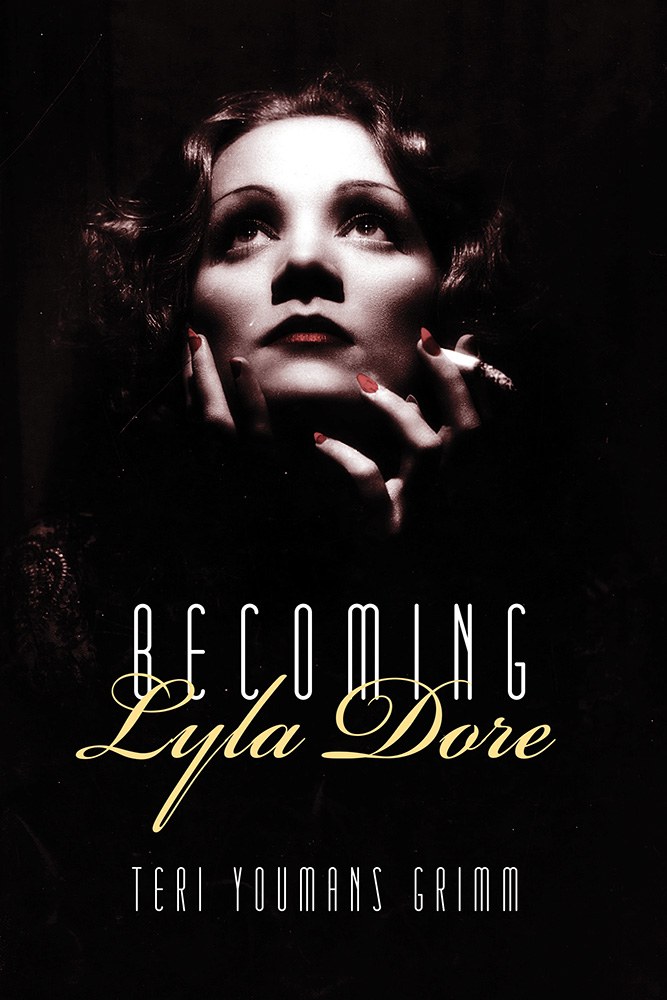 The provocative fall and rise of a beautiful silent film star recounted through a series of persona poems that are indelibly lush and cinematic.

In this collection of persona poems, Teri Youmans Grimm weaves the public history of silent film with the personal history of a fictional silent film star. Becoming Lyla Dore recounts the provocative fall and rise of a young woman whose coming of age coincides with that of moving pictures. Lyla’s need to be desired becomes her downfall as well as the catalyst that drives her to success as a silent film actress. Through stunning imagery a character’s vulnerabilities and strengths, her heartbreaks and triumphs are explored through the lens of history reimagined. These poems are luminous as nitrate film and just as incendiary.

“Lyla Doyle, the fictional silent film star of Teri Grimm’s new collection, is a remarkable creation. A figure of bittersweet glamour and sardonic self-awareness, Lyla has something of the wit and indomitability we see in Louise Brook’s classic memoir, Lulu in Hollywood. Above all, Grimm reminds us that the vocabulary of the silent film and the vocabulary of the lyric poem both are told in images, after all are virtually one and the same. Grimm’s love of those old films is palpable, and her skill with the lyric is formidable. Becoming Lyla Dore is a very fine collection indeed.”—David Wojahn

“Becoming Lyla Dore is a poetic memoir about attaining a golden and perilous? form of the American Dream. In these compelling, finely crafted poems, the sensitive, sensual, haunted Lyla goes West to the magic lantern of early Hollywood, transforming herself into its preeminent Vamp, for whom the cocktail Angel’s Tip gets named. Emulating the great filmmakers of that time, Grimm makes striking use of light and shadow to render Lyla’s combustible world within the world. And like Lyla, these poems can make you lose yourself fully in the moment.”—William Trowbridge, author of Put This On, Please: New and Selected Poems