A highly decorated poet and translator, Willis Barnstone has received four Pulitzer nominations, a Guggenheim Fellowship, the Emily Dickinson Award of the Poetry Society of America, the W. H. Auden Award of the New York State Council on the Arts, the Midland Authors Award, as well as grants from the NEA and NEH. His work has appeared in magazines including APR, Harper’s, The New York Review of Books, Paris Review, Poetry, The Nation, The New Yorker, and The Times Literary Supplement.

He has translated Sappho, Borges, Machado, Neruda, Mao Zedong, St. John of the Cross, Rilke, and many others, as well as the Gnostic Bible and the Restored New Testament. He taught in Greece during the Civil War, Argentina during the Dirty War, and China during the Cultural Revolution.

Formerly the O�Connor Professor of Greek at Colgate University, he is now Distinguished Professor of Comparative Literature at Indiana University. He divides his time between Bloomington, Indiana, and Oakland, California. 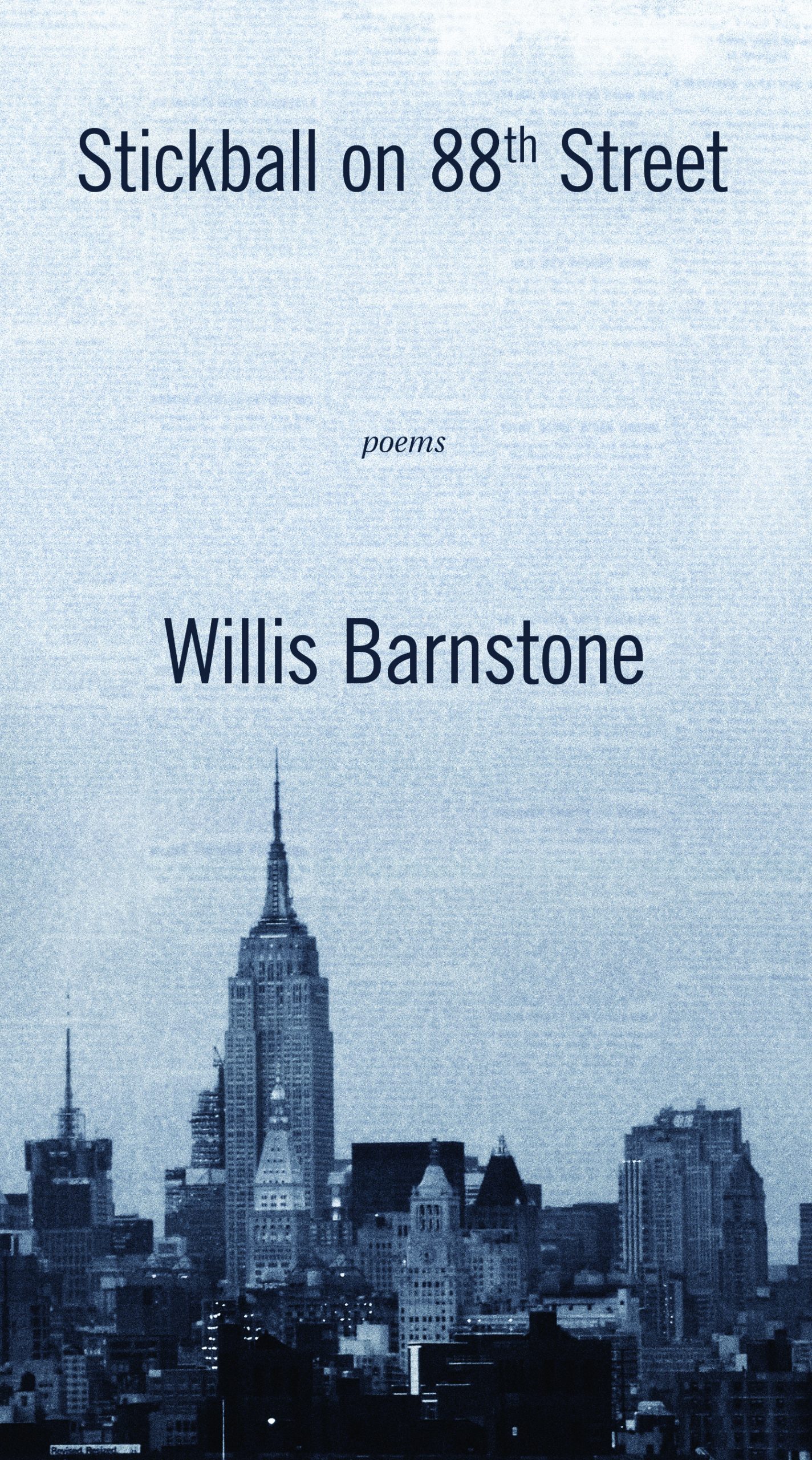 Comic, tragic, colorful, and adventurous, Stickball on 88th Street is a sequence of thirty-four narrative poems that follows its speaker from boyhood to college. It’s a memory book, bound with vignettes of school, family life, and the streets of New York City, as well as Maine and Mexico, culminating with a swan dive in Colorado. It reads like a novel or memoir, with characters, setting, and plot.

Stickball employs an original form, neither free verse nor traditionally formal, but rather lexical. Instead of meter and syllable counts, the book uses individual words as its units of measure. Each quatrain has twenty words: six each in the first two lines, four each in the last two lines. This form imposes no ponderous regularity, allowing for a swift narrative flow. It was written over the course of thirteen days in August, 1977, and has remained unchanged since then.