In the tradition of the Langston Hughes’ classic Montage of a Dream Deferred, Mitchell L. H. Douglas uses persona poetry to explore the personal and professional struggles of soul legend Donny Hathaway in his debut collection Cooling Board: a Long-Playing Poem. Douglas presents a narrative in two sides: side one focusing on Hathaway’s development as a young musician and subsequent rise to fame and side two bearing witness to the adversity that plagued his later years. Readers see Hathaway as true to his family and faith, and uncompromising in his quest for musical innovation.

In a nod to Hathaway’s legacy as a musical trailblazer, Douglas implements a significant poetic innovation through the book’s format. By including alternate versions or “takes” of poems readers receive new information and interpretations of the poems. It can be likened to an album with previously unreleased versions of popular songs. Along the way, poems resembling liner notes and pop charts enhance the experience, reminding readers that the music is the heart of this ride.

Above all, Douglas’ depiction of Hathaway reveals the human side of a man who has remained a mystery in the time since his death. Not only does the poet speak in the voices of Hathaway and his long-time collaborator Roberta Flack, the reader also hears the voices of those closest to Hathaway whom we are less familiar with: his mother, Drusella Huntley, his grandmother, Martha Crumwell—Hathaway’s earliest music teacher—and his wife, Eulaulah.

With Douglas as a guide versed in the power of possessing many tongues, Cooling Board captures its reader like the best Hathaway song: passionately, honestly, and with an undeniable sense of purpose. 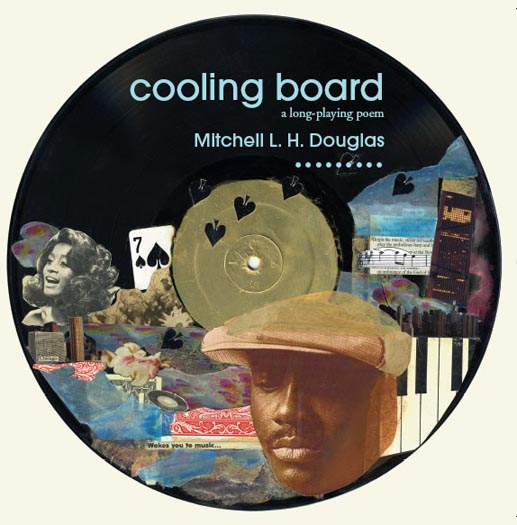 Mitchell Douglas nominated for a Hurston/Wright!

Mitchell Douglas, author of Cooling Board: A Long Playing Poem, has been nominated for a Hurston/Wright Legacy Award, in the Poetry category. Congratulations Mitchell! More info here.

Cooling Board: A Long Playing Poem by Mitchell L. Douglas is on the Amazon.com list for top 100 African American Titles. Pick up your copy today! At a time when most […]