The Devil’s Punchbowl is an anthology of essays commissioned from writers living in California, who were asked to reflect on an aspect of the state’s geography, natural or man-made: Alcatraz Island and its prison; Manzanar and Mt. Whitney; Big Sur and Joshua Tree; Los Angeles’ oil derricks and Mountain View’s Google headquarters; the farms of the Central Valley and the redwoods of the Northern Coastland. California’s outsized cultural and economic impact on both our country and the rest of the world necessitate a continual taking stock, to prevent losing ourselves in the state’s constant transformations. The Devil’s Punchbowl captures a pivotal time in our country’s history, as some of the state’s most recognized, complex, and accomplished writers, including Carolyn See, Janet Fitch, David Ulin, Susan Straight, and Lisa See, describe their relationship with California’s ever-changing geographic, economic, and psychic landscape. 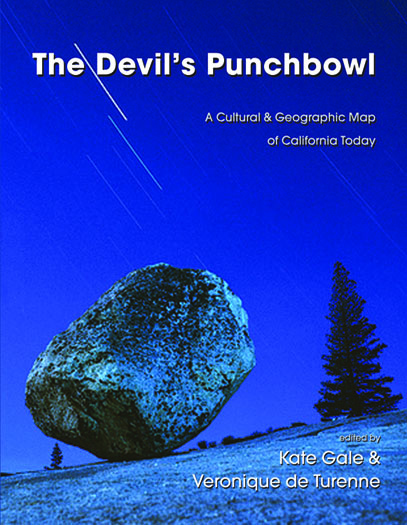