Elissa Washuta is a member of the Cowlitz Indian Tribe and a nonfiction writer. She is the author of My Body Is a Book of Rules and Starvation Mode, and her book White Magic is forthcoming from Tin House Books. With Theresa Warburton, she is co-editor of the anthology Shapes of Native Nonfiction: Collected Essays by Contemporary Writers. She has received fellowships and awards from the National Endowment for the Arts, Creative Capital, Artist Trust, 4Culture, and Potlatch Fund. Elissa is an assistant professor of creative writing at the Ohio State University. 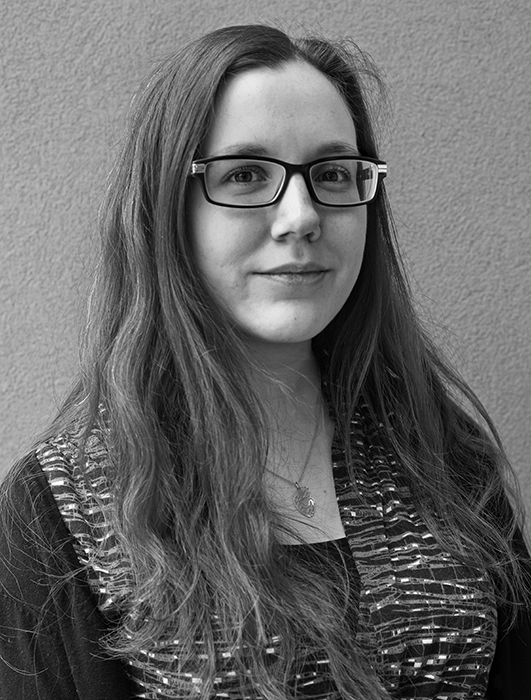 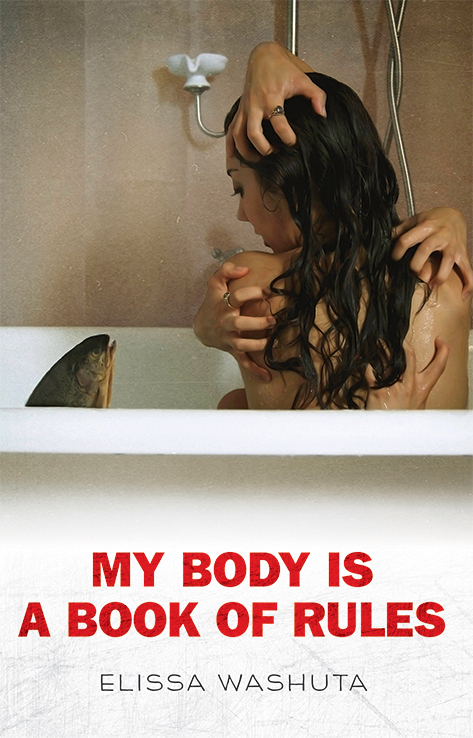 My Body is a Book of Rules

As Elissa Washuta makes the transition from college kid to independent adult, she finds herself overwhelmed by the calamities piling up in her brain. When her mood-stabilizing medications aren’t threatening her life, they’re shoving her from depression to mania and back in the space of an hour. Her crisis of American Indian identity bleeds into other areas of self-doubt; mental illness, sexual trauma, ethnic identity, and independence become intertwined. Sifting through the scraps of her past in seventeen formally inventive chapters, Washuta aligns the strictures of her Catholic school education with Cosmopolitan‘s mandates for womanhood, views memories through the distorting lens of Law & Order: Special Victims Unit, and contrasts her bipolar highs and lows with those of Britney Spears and Kurt Cobain. Built on the bones of fundamental identity questions as contorted by a distressed brain, My Body Is a Book of Rules pulls no punches in its self-deprecating and ferocious look at human fallibility.

“A candid, autobiographical scrapbook from a young woman navigating manic depression. . . . A fever dream of darkly personal memories and musings from the shadowy corners of sexual violence and mental illness.”—Kirkus Review

“In Body, Washuta shows why younger voices and voices outside the mainstream matter. They show us the immediate implications of our current culture on our psyches, bodies, and hearts. In her refusal to apologize or sugarcoat her thoughts and behavior, and her refusal to let others off the hook for their actions, Washuta forces us to reflect on our own experiences and draw the connections.”—The Rumpus

“My Body Is a Book of Rules chronicles the Chutes and Ladders-style descent into the body and ascent out through the head that is our present coming-of-age myth. A sweet soul will spill out; they just do. We’re lucky that every now and then, someone as thoughtful as Elissa Washuta takes the time to record what this feels like.”—Kristen Hersh of the band Throwing Muses and author of the memoir Rat Girl

“Bodies are us. And not. How do we figure out which is which? Elissa Washuta takes you on a fearless ride of sex, drugs, mood disorders, self-improvement, dieting, internet dating, ethnic identity, and why she isn’t Catholic anymore. My Body Is a Book of Rules is a funny, scary, unpredictable book; it reads like the inside of your own head.”—Sallie Tisdale

Johanna Stoberock, author of PIGS; Kristen Millares Young, author of SUBDUCTION; and Elissa Washuta, author of MY BODY IS A BOOK OF RULES featured in the Seattle Met reading list!

Pigs by Johanna Stoberock (2019) This grim, weirdo allegory—a little Lord of the Flies, a little Animal Farm—sets us down on a dystopian island inhabited by pigs that eat the world’s refuse: toasters, radioactive waste, toenail clippings. Four kids also live here, moving this garbage from the coast to the pigsty. Some adults also occupy the […]

Elissa Washuta’s Starvation Mode: A Memoir of Food, Consumption, and Control, will be available on June 16. Washuta recounts her struggle for culinary control, and presents the guidelines she followed as she attempted to shape her body and mind through the food she consumed. The book’s seemingly simple structure (a series of rules to eat […]

Adrian Jawort of Indian Country Today recently interviewed Elissa Washuta about her debut memoir, My Body is a Book of Rules. When asked about her writing process, Elissa said, "I did try to create a map of my brain, in a way, as an alternative to the conventional linear narrative that is more common in […]

Pasadena Weekly interviews Elissa Washuta about My Body is a Book of Rules!

Carla Sameh and Christina Babock sit down with Elissa Washuta to discuss My Body is a Book of Rules, which they call "transformative": "She excavates these categories in a unique way that is intricately and skillfully structured, but seamless and captivating for her readers." Read the full interview

City Paper Praises My Body is a Book of Rules!

Rebekah Kirkman of City Paper praised Elissa Washuta’s My Body is a Book of Rules. “Though the shifts from one chapter to the next can be awkward and jarring, Washuta sets up this illogical logic that strings together her memories of this particularly rocky period in her life. Her memories, stitched here like patchwork, make […]