Paul Cummins was born in Chicago, Illinois, moved to Fort Wayne, Indiana, and then to Los Angeles, California. He attended Stanford University (BA, 1959), Harvard University (MAT, 1960), and the University of Southern California (PhD, 1967). He taught English at Harvard School and the Oakwood School in California, as well as at UCLA. In 1970, he became the headmaster of St. Augustine’s Elementary School in Santa Monica and the founder and headmaster of the Crossroads School. He is currently the executive director of the New Visions Foundation. Cummins is the author of Herbert Zipper’s biography, Dachau Song: The Twentieth-Century Odyssey of Herbert Zipper (Peter Lang 1992), For Mortal Stakes: Solutions for Schools and Society (Peter Lang 1998), and Keeping Watch: Reflections On American Culture, Education and Politics (Firstbooks Library 2002). His collection of poetry is A Postcard from Bali (Argonne Press 2002), and additional work can be found in journals such as the New Republic, Poetry LA, Whole Notes, Wild Bamboo Press, Bad Haircut Quarterly, Wordwrights and Slant. He serves on the board of trustees of the American Poetry Review, Camino Nuevo Charter Academy, ExEd, the Sam Francis Foundation, the Gabriella AxeIrad Foundation, New Roads School and the New Visions Foundation. He and his wife Mary Ann live in Santa Monica, California. They have four daughters. 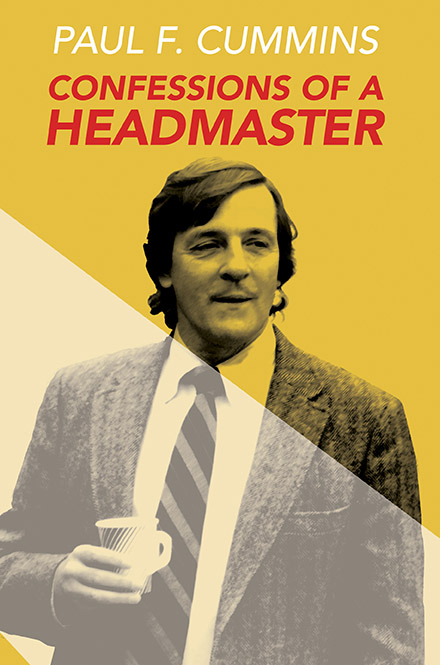 Confessions of a Headmaster

For the many young visionary educators who know schools can be better, but wonder how to turn their visions into reality—here is the answer. In his own words, this is the story of a man who not only dreams of quality education for all children, engaging education that encourages students and their teachers to develop the passions that will bring forth their unique contributions to society. This is the story of how Paul Cummins founded school after school, transforming ad hoc buildings around alleys and trailers into nationally renowned, thriving schools whose alumni are high-achieving, lifelong, passionate learners. Told with humor and humility, Confessions of a Headmaster is the journey of a man whose mission is to not only level the playing field for students from every background, but to prove that in the high-stakes business of education, joy, passion, and creativity are what work. 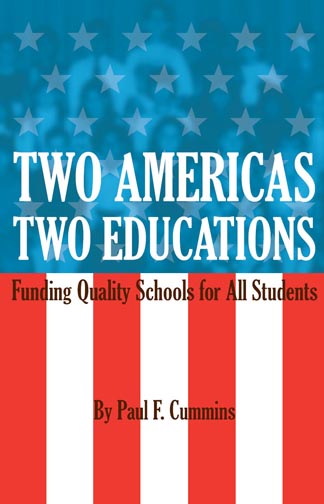 Nearly everyone in America, no matter what political persuasion, would agree that as a nation we need to have adequate public schools. In fact, nearly everyone would also agree that our schools should be more than merely adequate. They should be superior. In Two Americas, Two Educations, Cummins will describe what superb, or even simply adequate, schools would look like, and second, how those schools might be funded. Cummins is not intending to lay down a final blueprint but to present the case for superb schools and explain how they can become a reality. 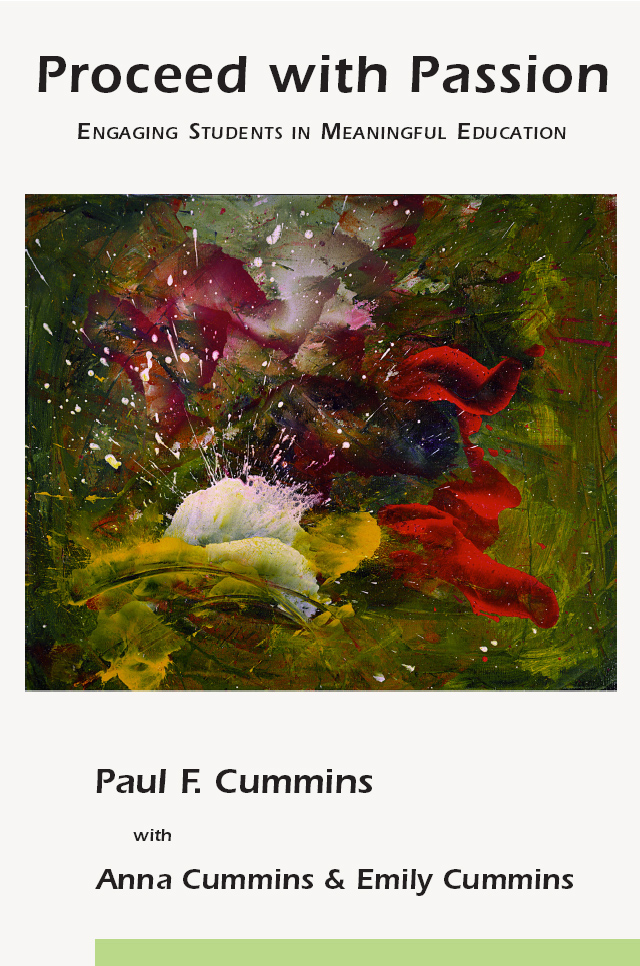 “Proceed With Passion: Engaging Students in Meaningful Education is filled with bold approaches to giving students the ingredients they most lack in their schooling—a sense of purpose, a reason for wanting to learn and, ultimately, a passion to help others.”—Arianna Huffington

“Schools and environmental organizations need young people like Anna Cummins with the intelligence and commitment to get things done. Her two chapters in this book are a welcome addition to the eco canon.”—Jeremy Jackson

“The title of this book captures Emily Cummins’s life and work—passion and engagement in meaningful service.”—Claudia Villegas-Avalos

“Our educational system badly needs some bold thinking. Paul Cummins’s vision of what American education could be is imaginative and inspiring.”—Howard Zinn