Rodney Wittwer is a native of Wisconsin. He received a B.A. from the University of Wisconsin-Madison in 1981 and his M.A. from the Writing Seminars at Johns Hopkins University in 1983. After moving to Boston, he spent 16 years as the Director of Operations for the Hub Group Boston, a transportation logistics company. Since leaving that position, he has divided his time between writing, freelance editing, and working with his wife in her clothing design business. His poems have appeared in The Antioch Review, Barrow Street, Cimarron Review, DIAGRAM, Hayden’s Ferry Review, The Literary Review, Memorious, Pebble Lake Review, Pleiades, Ploughshares, and Verse Daily, among others. Gone & Gone is his first book; earlier versions were a semi-finalist/finalist for several book prizes, including those from Cleveland State University Poetry Center, Elixir Press, Marsh Hawk Press, Tupelo Press, and the University of Wisconsin Brittingham/Pollak Awards. Wittwer currently lives in W. Medford, Massachusetts. 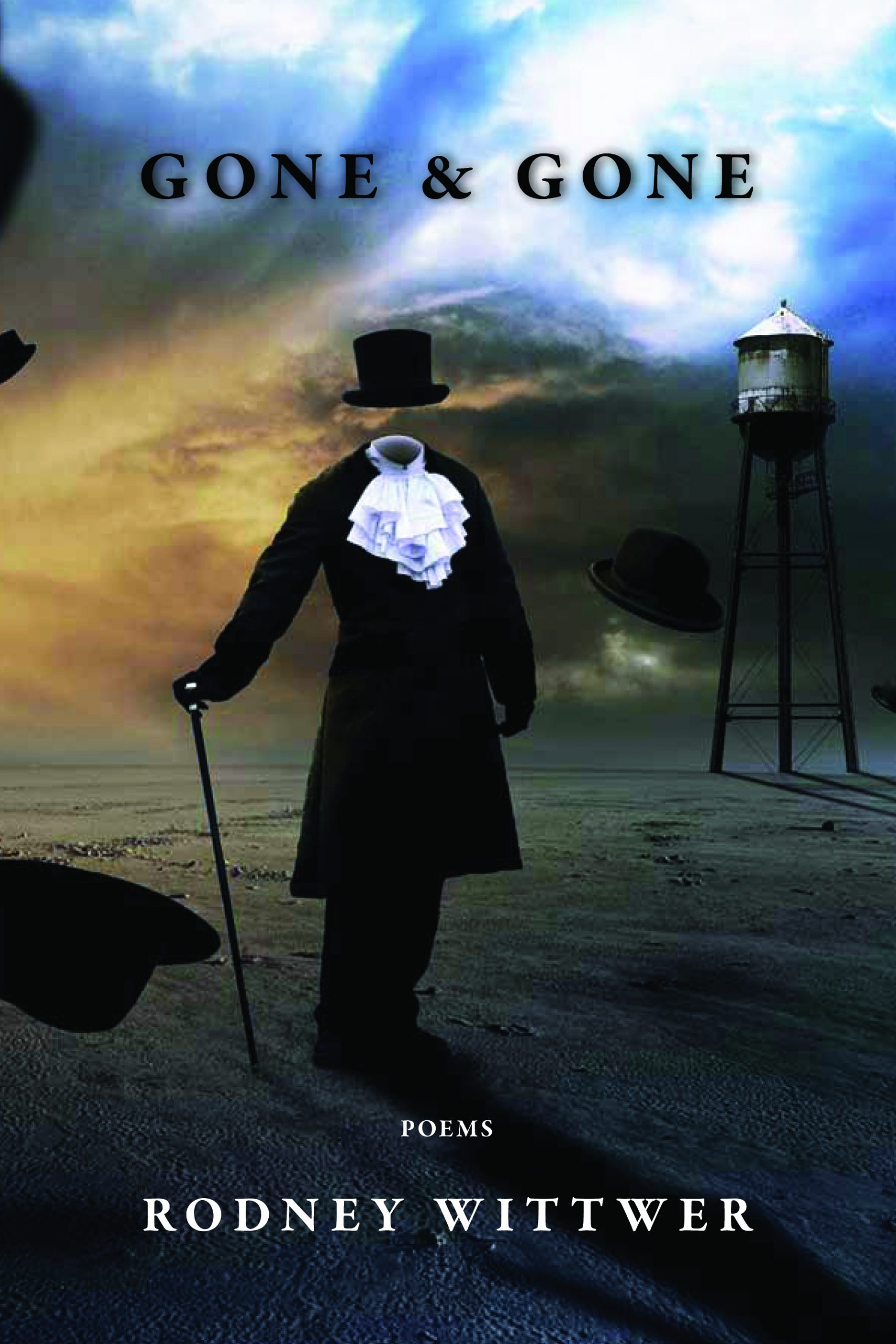 Gone & Gone takes place at the junctions of desire and despair, memory and mortality. The poems are concerned with the ways in which we try to orient ourselves in an often incomprehensible world–the often contradictory impulses that propel us, the fractious discontent that can stifle us. We attempt to make connections to people, to places, but when does comfort lead to stasis or stagnation? Is transit merely transitory? What is the point of all our “movement” in a world we will most certainly depart? Approaching the desirable but never quite attaining it, the “awful rowing” here is toward balance. Even if the ultimate destination is death (and all the frantic activity in the world can’t alter that), we are guided by a capable, discerning voice, or rather, voices, that are channeled, but also absorbed and integrated. There is neither disillusion nor redemption here, just an honest grappling with what being human entails.

“Rodney Wittwer’s Gone & Gone is a gorgeous breaking open of the world we live in. Wittwer debunks the orchestrations of nostalgia to discover the music of lament and the song of tribute coexisting beneath the surface of our lives. I dare you to read this book and try to walk back out into the wide and beautifully flawed world unchanged by it.”—Brian Turner, author of Phantom Noise and Here, Bullet

“Rodney Wittwer would like to destroy every good-for-nothing promise the world has ever produced, every promise that ever turned out to be a lie or became a secret and withdrew into a cave. He just about does so. There is a special kind of romance to this sort of thing–not the fakery of some soft-core theater of enchanted disenchantment, but the heady pleasures of getting to kick-box your way out of the cantina on a Saturday night, that week’s paycheck way way gone. One feels the night breezes blowing astringent and wild on such a night, and all over these poems too. Bravo!”—David Rivard, author of Otherwise Elsewhere

If you’re looking for some new books to dive into while you’re stuck at home, then you might want to consider some of the many great books by Hispanic authors. […]

Ms. Magazine Poetry for the Rest of Us: 2020 Roundup

The Feminist Know-It-All: You know her. You can’t stand her. Good thing she’s not here! Instead, this column by gender and women’s studies librarian Karla Strand will amplify stories of the creation, access, use and […]

Future Red Hen author Rodney Wittwer, whose first collection, Gone & Gone, hits shelves in September, has been awarded an Artist Fellowship from the Massachusetts Cultural Council. He was one of […]

BODY OF RENDER by Felicia Zamora reviewed in Booklist!

There is a jagged urgency to award-winning and CantoMundo Fellow Zamor’s sixth book. The opening section, “At the Hand of Other,” consists of 30 one-stanza poems that each lean toward memory and immediacy while the poet […]

This moving collection of poetry by Felicia Zamora covers a range of topics from love, politics, identity, addiction, and the natural world. On one level, Body of Render explores a […]