Two sisters. One badly injured cop. A family torn between loyalty and politics.

Rosa and Esther Cohen march through downtown Detroit in August 1968, protesting the war in Vietnam in harmony with their family’s tradition of activism. The march is peaceful, but when a bloodied teenager describes a battle with mounted police a few blocks away, the young women hurry to offer assistance. Trying to stop the violence, the sisters instead intensify it. An officer is seriously injured; they are arrested and charged with conspiracy and attempted murder. For Rosa, their arrest offers another way to protest an unacceptable war. Esther wants to avoid prison to stay home with her infant daughter Molly. She agrees to accept a plea bargain offer and testify against Rosa at trial. The consequences of these actions lead one sister underground and into prison, the other to leave town to bury her past in a new town, a new life. Molly grows up unaware of her family history until she meets Rosa’s daughter, her cousin Emma, at summer camp. Told from multiple points of view and through the sisters’ never-mailed letters, Rosa and Esther’s story is bracketed by the Vietnam and Iraq wars. It explores the thorny intersection of sibling loyalty and political beliefs.

“Her Sister’s Tattoo is an honest and riveting portrait of anti-war activists and the price individuals and families pay for their actions, no matter how just. It is also a portrait of how lies and secrets can eat away again at both individuals and everyone in their families, particularly the children. Meeropol evokes both the fear and exhilaration of protest.”—Marge Piercy, author of Woman on the Edge of Time

“Her Sister’s Tattoo is a story not just of two sisters, but of our country, where politics have so often torn apart families, loved ones, and communities. This tenderly told novel brings humanity to all sides of struggle, lifting us with its grace, compassion and hope for the future. I highly recommend.”—Rene Denfeld, author of The Child Finder 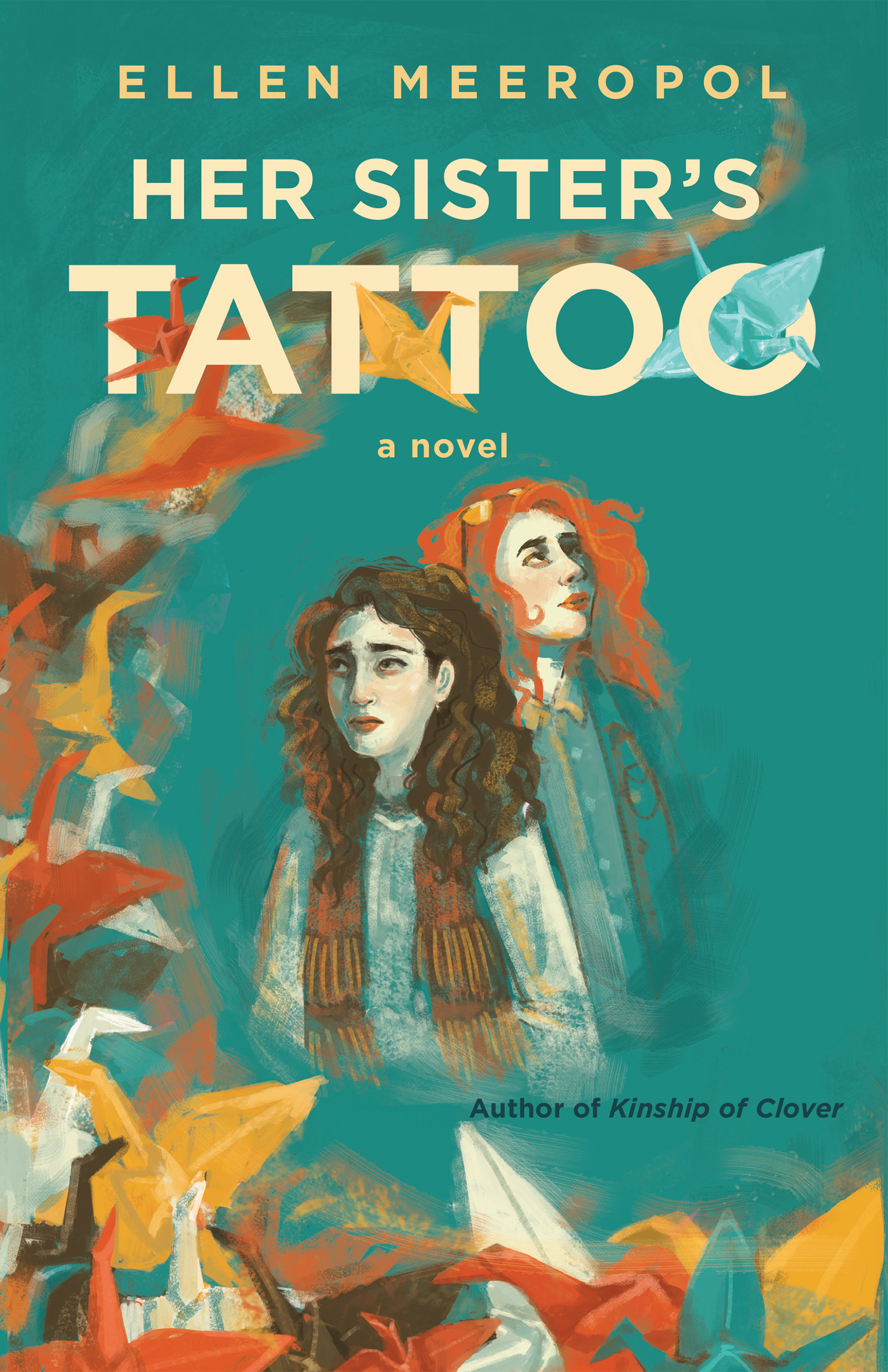 Novelists are, by definition, imaginative people, but there are a limited number of ways to promote a new novel. We rely primarily on readings and events to transform our words […]

Short Play Based on Ellen Meeropol’s HER SISTER’S TATOO Set for Live Reading!

TEA BY THE SEA (Donna Hemans) and HER SISTER’S TATTOO (Ellen Meeropol) shortlisted for the Story Circle’s Women’s Book Awards!

The Sarton Awards are presented in four categories (memoir, historical fiction, contemporary fiction, nonfiction). The award program is named in honor of May Sarton, who is remembered for her outstanding contributions […]

HER SISTER’S TATTOO (Ellen Meeropol) one of ten books you might’ve missed in 2020 from OOLA!

Even with all the extra “free time” sheltering in place gave us this year, there was a lot going on. Between learning how to work from home, helping kids with virtual learning, […]

Ellen Meeropol’s HER SISTER’S TATTOO on list of best books and complimentary TV shows of 2020.

Everyone loves a good list and there are no shortage of book recommendations from celebrities, media outlets and booksellers. I love looking at my overcrowded shelves and this year I […]

Join Writers in Progress on December 3rd for a Virtual reading + book launch with three authors, including one Red Hen author Ellen Meeropol!

“even if I’m still skeptical that the 1960s qualify as historical fiction! A story of sibling love and tensions set against a backdrop of protests of the Vietnam war.” Listen […]

I first saw the painting 30 years ago, when I walked into friends’ tenth floor apartment on Manhattan’s upper west side. My children immediately hurried to the large window, excited […]

This remarkable novel, just published in April 2020, opens with a 1968 Detroit anti–Vietnam War peace march when “guerrilla theater tactics” that results in an injured policeman, and the two […]

Ellen Meeropol speaks with the local North Hampton news radio on the Bill Newman Show to discuss the book launch of Her Sister’s Tattoo. Listen in for an inside scoop […]

Her Sister’s Tattoo begins in the heat of August 1968, as sisters Esther and Rosa Cohen, daughters of union activists, march against the war in Vietnam. When a young man […]

Gridlock: A Precursor to Her Sister’s Tattoo

“My sister Ruth showed up on day four of the blackout, the day we began to suspect this wasn’t an ordinary grid failure. There had been no blizzard, no fragility […]

The Page 69 Test: Her Sister’s Tattoo

Ellen Meeropol is the author of the novels: Kinship of Clover (Women’s National Book Association Great Group Read, and literary fiction finalist for the Best Book Award), On Hurricane Island (semifinalist for the Massachusetts […]

Amherst Bulletin: The price of protest: New novel looks at the consequences for two sisters caught up in the anti-war movement

Family relations can be fraught in the best of times, even when people care deeply for one another. So what happens when you throw those family members into a situation […]

CrimeReads: Excerpt from Her Sister’s Tattoo

It’s Detroit, 1968. Sisters Rosa and Esther march against the war in Vietnam with their best friend, Maggie. As they reached the rally site, double rows of blank-faced National Guard […]

On this episode of Rekindled, Andrew Altschul is in conversation with Ellen Meeropol. Andrew Altschul’s third novel, The Gringa, was published the day before the World Health Organization declared the coronavirus crisis […]

On this episode of Rekindled, Andrew Altschul is in conversation with Ellen Meeropol. Andrew Altschul’s third novel, The Gringa, was published the day before the World Health Organization declared the coronavirus crisis […]

Ellen Meeropol’s last name is famous among those of us who still recall the tragic case of Julius and Ethel Rosenberg, who were put to death in 1953 after being […]

Booktrib: Family and Priorities Collide in Her Sister’s Tattoo

This is a powerful story of political activism, family betrayal, allegiance and love. When two sisters get arrested during a Vietnam War protest in 1968, they must decide where their […]

A newly released novel, “Her Sister’s Tattoo” by Ellen Meeropol, was brought to my attention and it struck a soft spot I thought was long buried. Like so many of you, as […]