In 1991, at twenty-five years old, Jennifer took a job at Microsoft and got lucky. She met her future husband, David, and the stock options she was granted were worth hundreds of thousands of dollars. His were worth far more. Years later, when David joined a small, unknown startup called Amazon.com, they got lucky again. They were in their early thirties and had tens of millions of dollars. The freedom and benefits were obvious. But after growing up saving her pennies and being wary of the rich, Jennifer was embarrassed to have joined their ranks. She wasn’t worried about being liked for her money; she was worried about being hated for it. People looked at her differently. She didn’t know how to ensure her children stayed motivated and not entitled, was shocked when a friend asked for $25,000, discovered philanthropy isn’t as straightforward as just writing a check, and grappled with the meaning of “enough.” For years, she didn’t share her dilemmas with others for fear of being judged. No one talks about money—but we should.

“An enlightening, deeply personal story written with introspection and grace, We Need to Talk explores how financial success impacts friendships, children, charity, and family. You need to read this book.” —Scott Cook, Co-founder of Intuit and member of the Giving Pledge 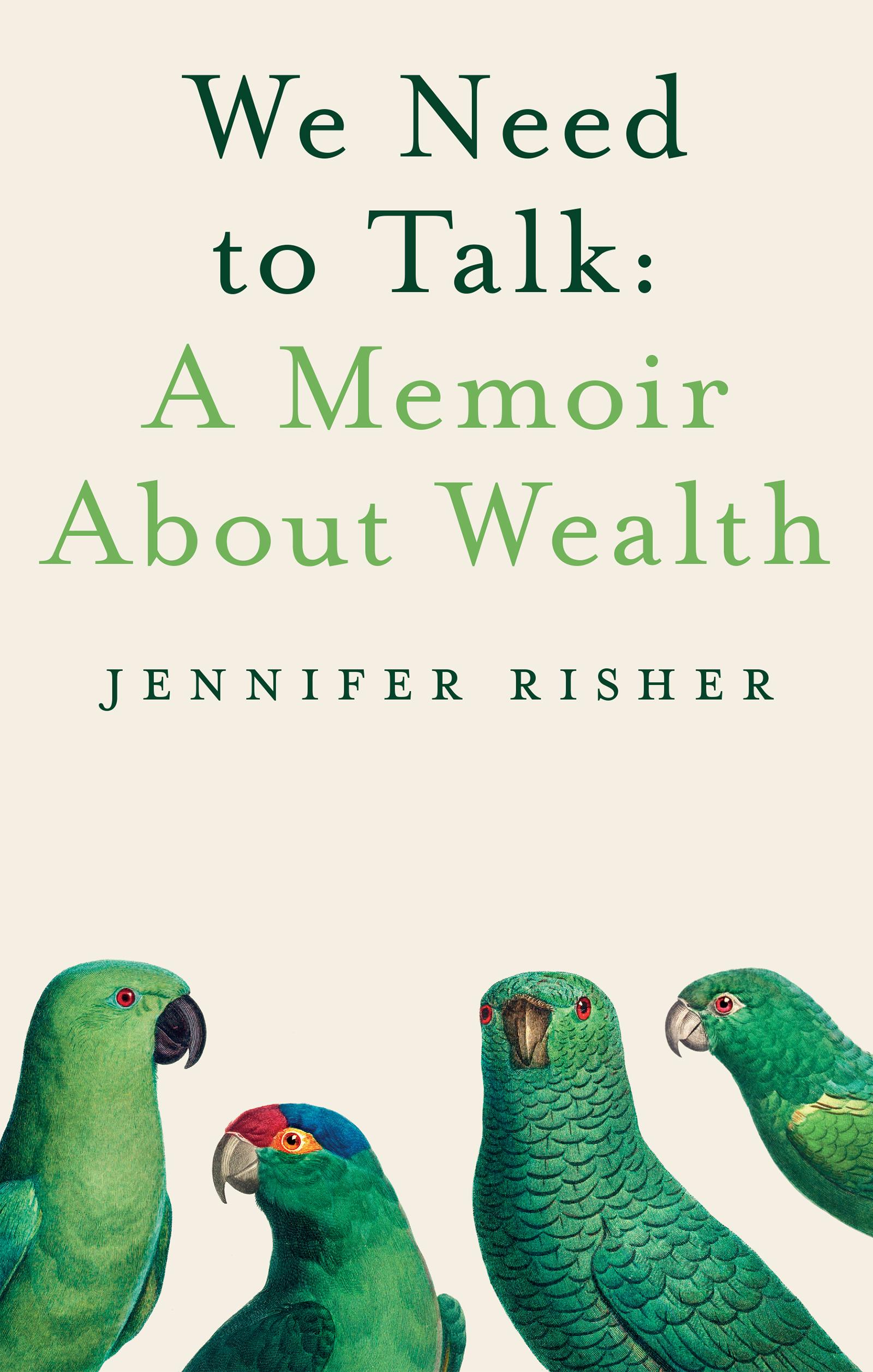 Giving Compass: #HalfMyDAF: A Challenge To Donors To Unlock Capital For A Reimagined World

Launched in early May, #HalfMyDAF is the brainchild of philanthropists David and Jennifer Risher. With more than $120 billion sitting in Donor-Advised Funds (DAFs) at a time when nonprofits are facing additional obstacles to […]

San Francisco Chronicle: Donor-advised funds are stacking up cash. A former Amazon executive wants it given away faster

David Risher and his wife, Jennifer, are urging other tech philanthropists to put money sitting in charitable vehicles to work at nonprofits that need it. And they’re putting $1 million […]

When I got a job offer to be a campus recruiter at Microsoft in 1991, I had no idea how much good fortune was heading my way. I was 25 […]
Support Red Hen